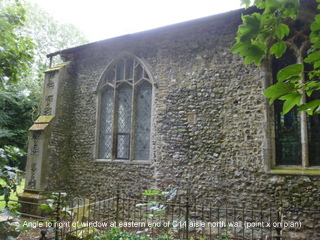 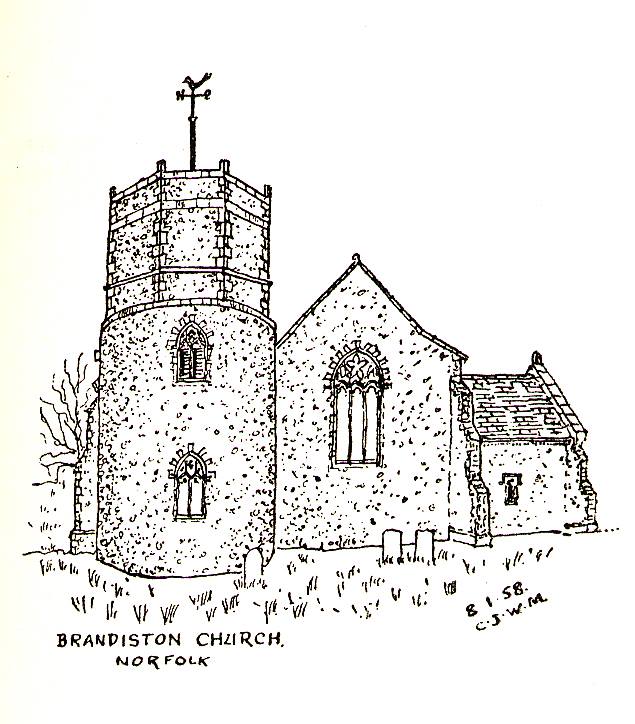 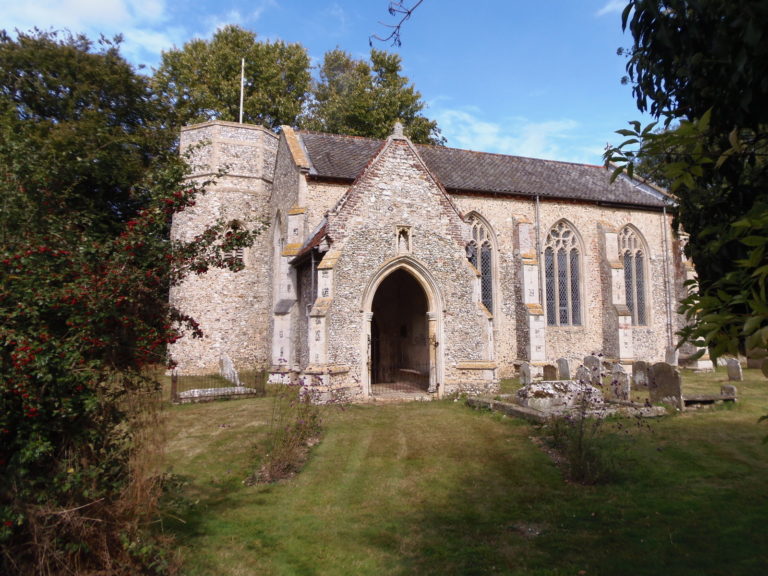 St Nicholas, Brandiston, photographed by Tony Walsh in 2019 - one of 28 churches cared for by the CCT. 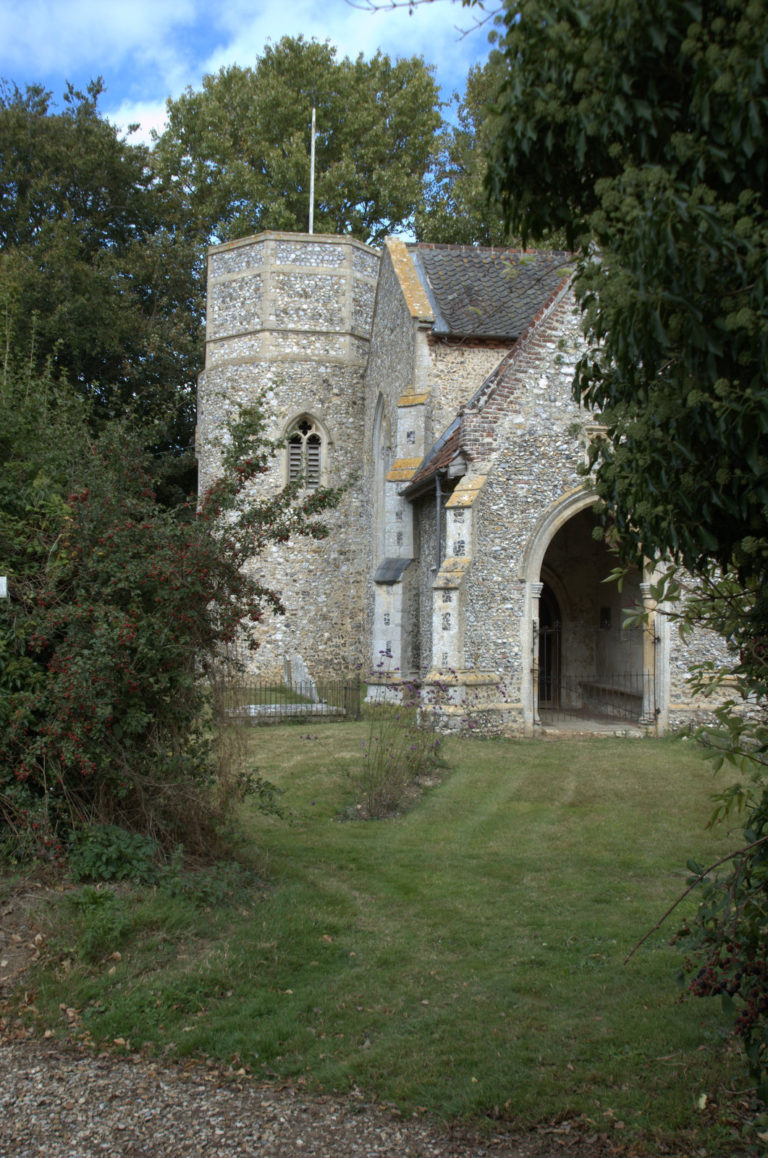 Tower at St Nicholas, taken by Tony Walsh in 2019. 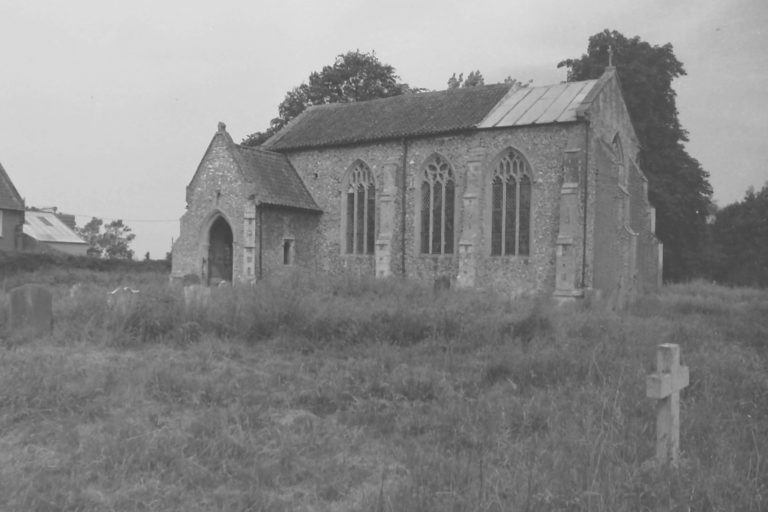 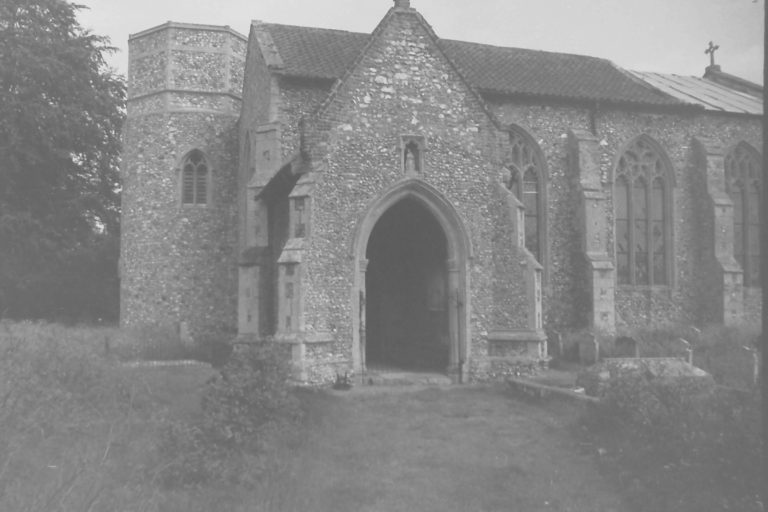 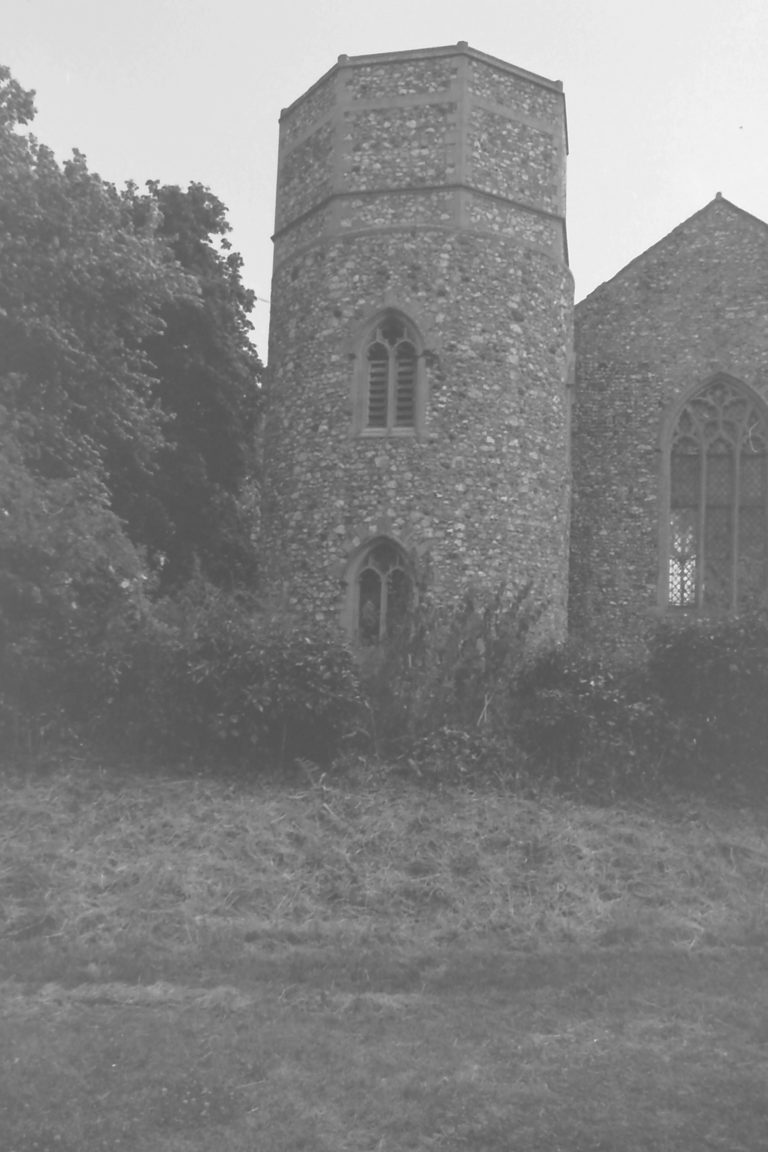 Now in the care of The Churches Conservation Trust.

The tower is attached to its north aisle. The church and its tower have a complex history, wrote Stephen Hart.

The discovery during repairs in 1996 of SW corner quoins of flint and Roman bricks close to the tower fillet suggests an C11th or C12th date for the original church. The round tower is set against a flat wall, suggesting that it was added to this early church, probably in C13 because of the pointed tower arch.

In the C14 the nave and chancel were extended southwards and what had been the early nave became a north aisle. In C15 or C16 a porch was added and the nave shortened. The chancel was shortened in C18.

The tower was rebuilt in the late 19th century or early 20th century and is very different to the original as shown in Ladbrooke’s drawing of the 1820s. It is circular for three-quarters of its height and has an octagonal top with dressed stone corners but no windows.

The quadrant fillets where the tower wall meets the nave wall and a small amount of tower flintwork are probably all that remain of the original tower. The nave has a tall Decorated west window with 5-petal tracery.