The Society: information and news

The Round Tower Churches Society is a registered charity with over 450 members, It  works for the preservation of these churches, explores their origins and history. In the last 47 years, it has made grants to churches of over £250,000.

It was founded in 1973 by W J (Bill) Goode, who devoted his retirement to a study of all the known round tower churches and published a key book ‘Round Tower Churches of South East England’. He donated the proceeds from the book to the Society’s grant fund and left his  collection of photographs which have been uploaded onto the Facebook group of Round Tower Churches of South East England.

Many of his photographs are on the “churches” pages – search location or the website’s map.

The Times and EDP (Eastern Daily Press) published obituaries of Bill. To view these go to obituaries

Join the Society and:

This was scheduled to be held on May 2, 2020 but was cancelled because of the Covid-19 pandemic, acting on official advice. A full report of the Society’s activities for the year ending March 31, 2020 will be published in the September edition of The Society’s quarterly journal, The Round Tower. A summary will also be published in September on this website.

Mr Pollitt then gave a brief explanation of the modest changes he is hoping to make to the Magazine. He would like to give it a more up-to-date approach, with news items and maybe articles of wider church interest. He said that Mr Tony Walsh had kindly offered to supply relevant photos. The web-site has had slight changes, with five new stories already added. Mr Pat Prekopp is managing the technical side.

The Chairman then reported that our Facebook page continues to be active and, like the web-site, makes the Society and its work known to a wider audience. He felt that recruitment of new Members should be the priority for the coming year. News of generous donations to the Society will be detailed later. These are exciting times for the Society!

Mr Pollitt suggested that the amount given to each of the Churches visited on Tours should be raised from £50 to £100. His proposal was seconded by Mr Kevin Scales, and agreed.

Jack explained his love of Norfolk and Norfolk churches in his autobiography: Almost a Norfolk Lad.

Dorothy Shreeve– known to Round Tower  Church fans for her wonderful illustrations of ‘The Round Tower Churches of Norfolk’ has died. Dot generously allowed the RTCS to use her illustrations. The book is now out of print, but copies are sometimes available at City Bookshop in Norwich or via Abe books.

Eddie Spelman, a long time committee member and supporter of the Society died in 2010. A piece about Eddie was published in EDP – see  Eddie Spelman.

Most of the photos on this website were taken by members of the Committee. Other photographs are acknowledged.

Gifts and funding raising. Thanks to 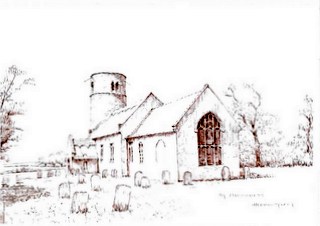 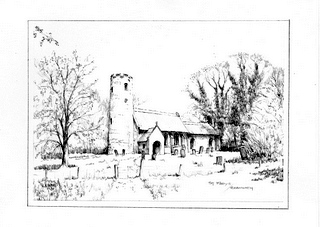