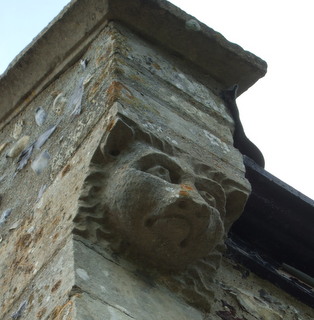 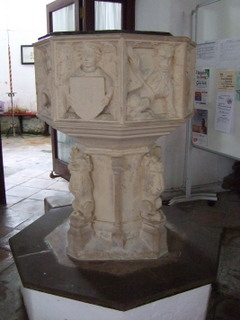 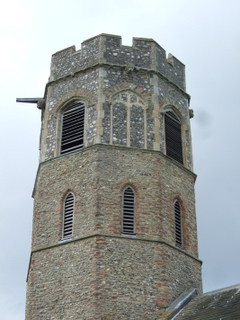 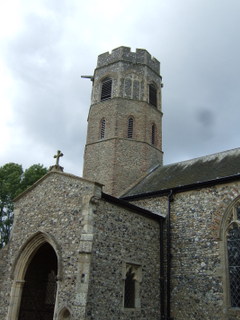 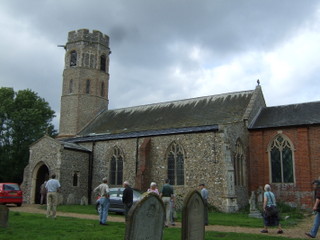 Members of the Society on a summer tour to St Margaret in 2010. 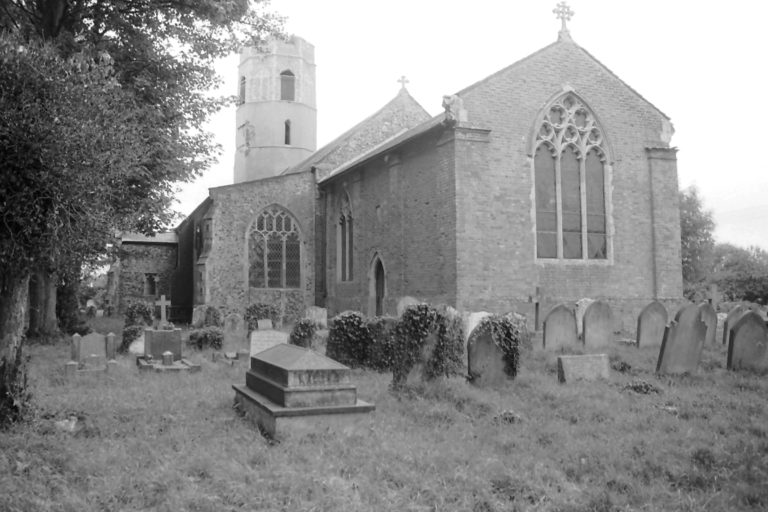 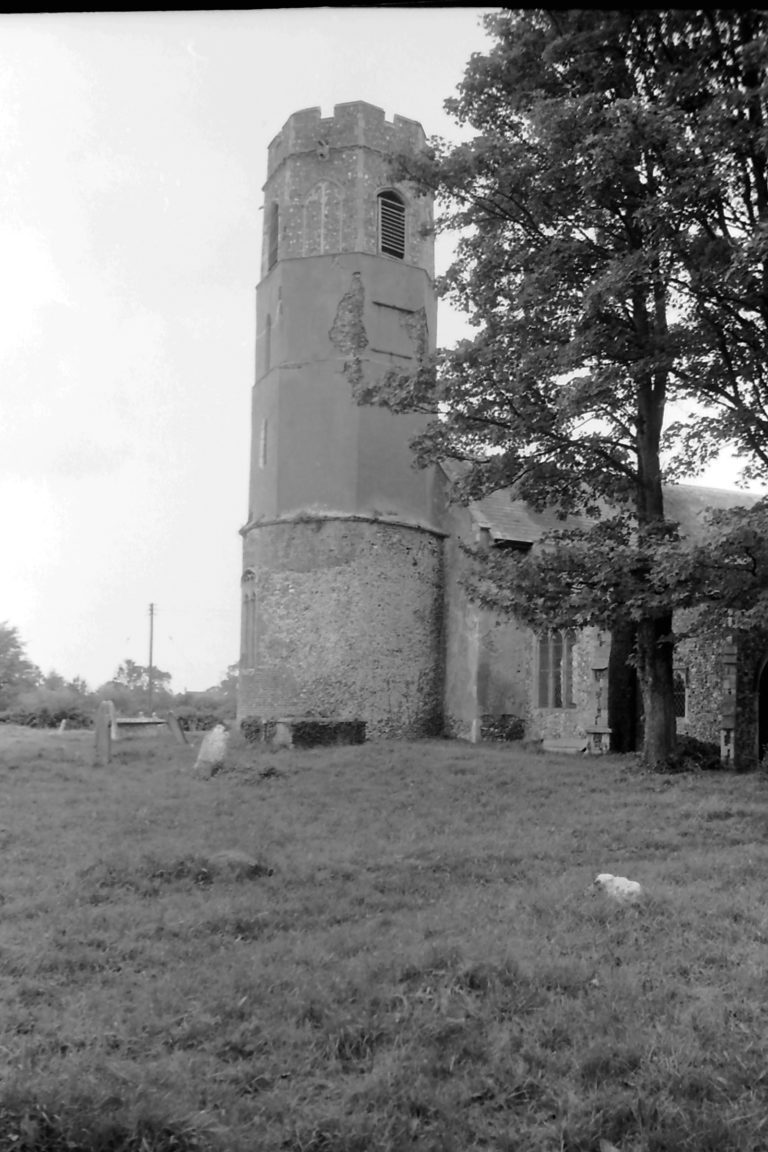 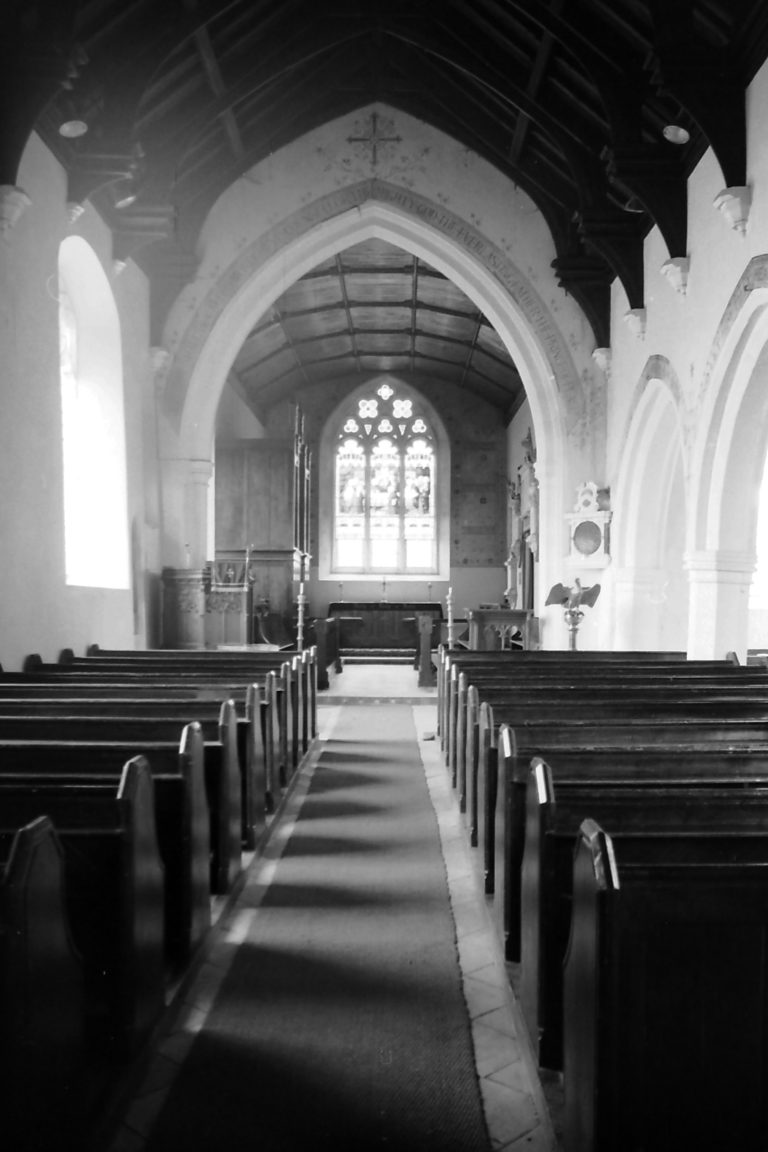 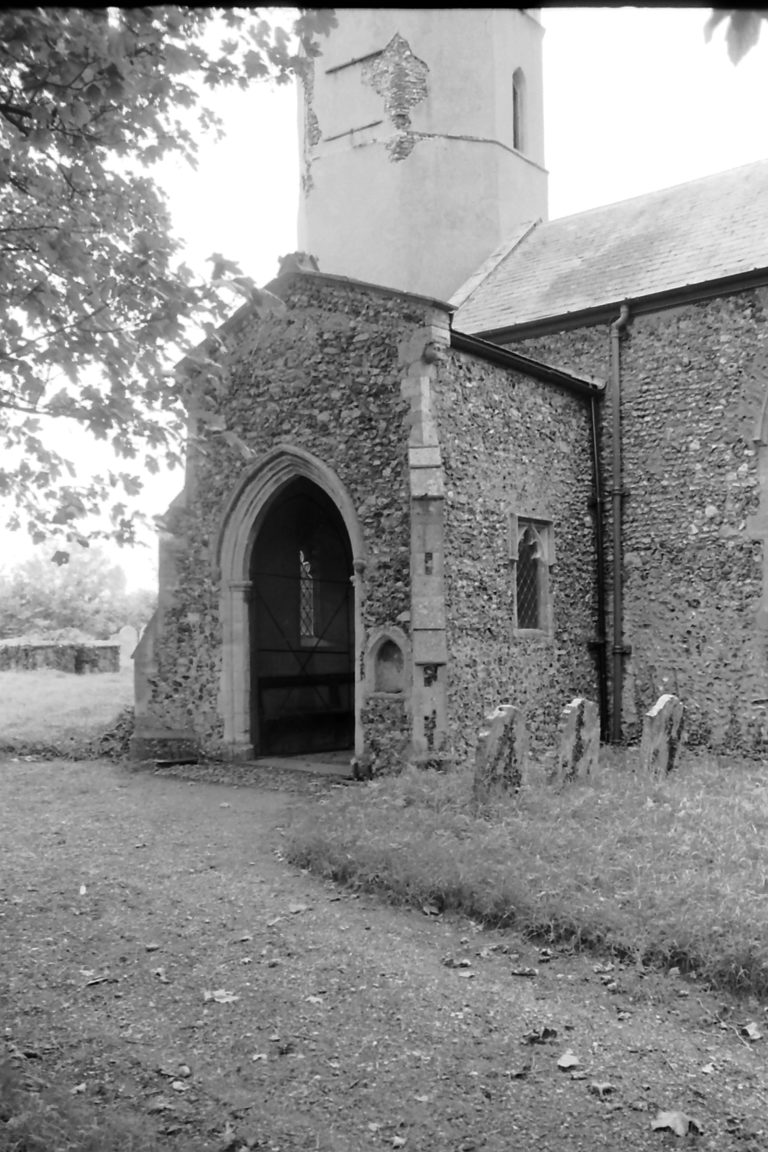 The tower’s ground stage, about 19 feet high, is circular and faced with uncoursed flint rubble with large two-light Perpendicular windows.

Stephen Hart argues that the position of the lower three stages of the tower indicates they were built together against an existing church. The use of bricks suggests early C14 date with the parapet added in C15. The chancel made of brick was built in 1712.