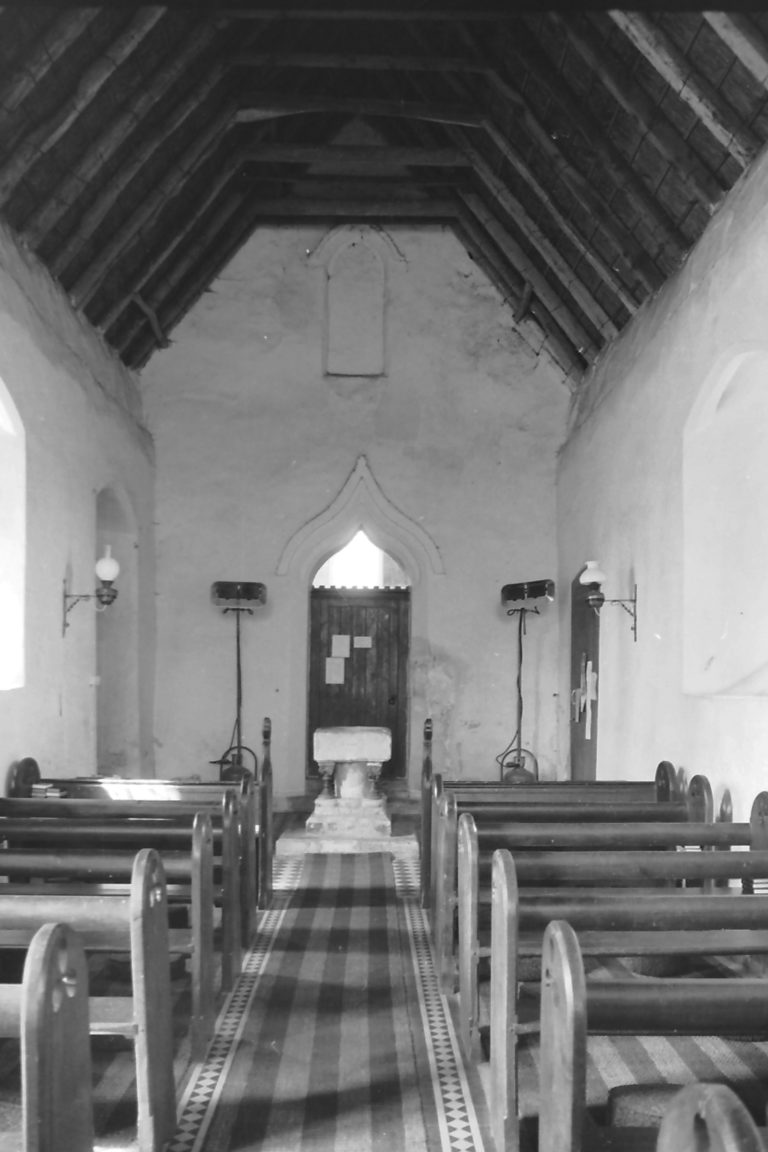 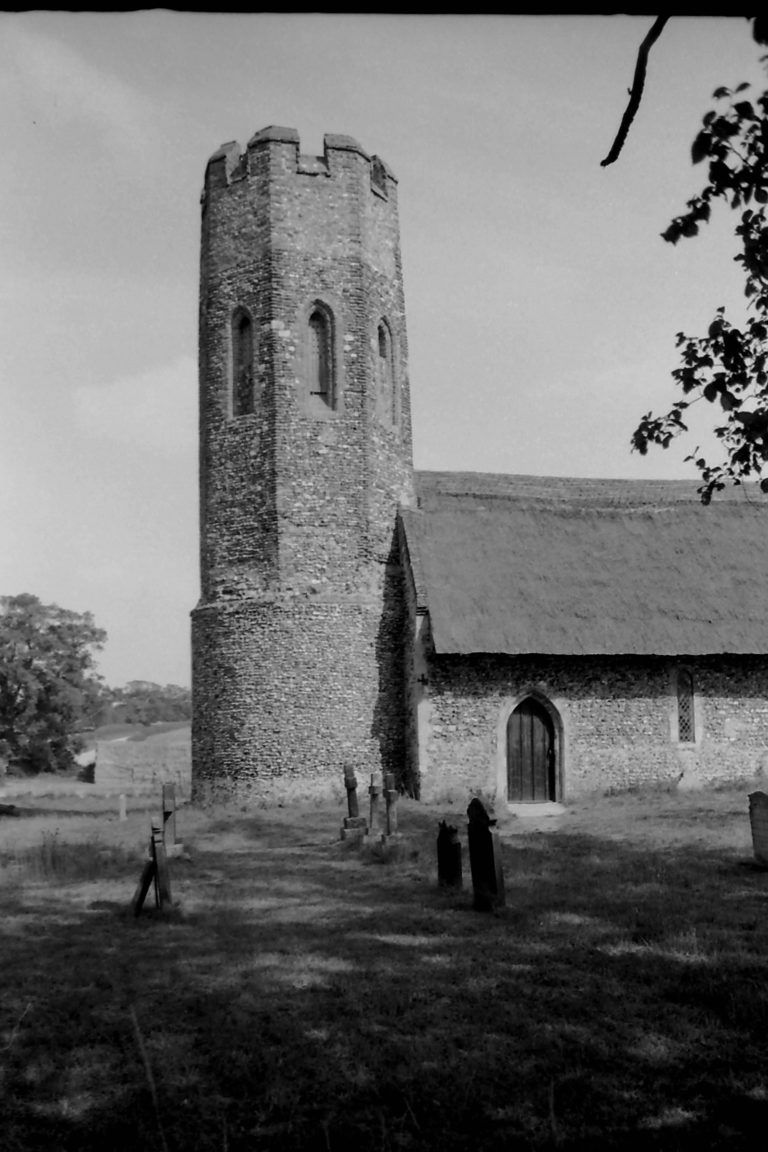 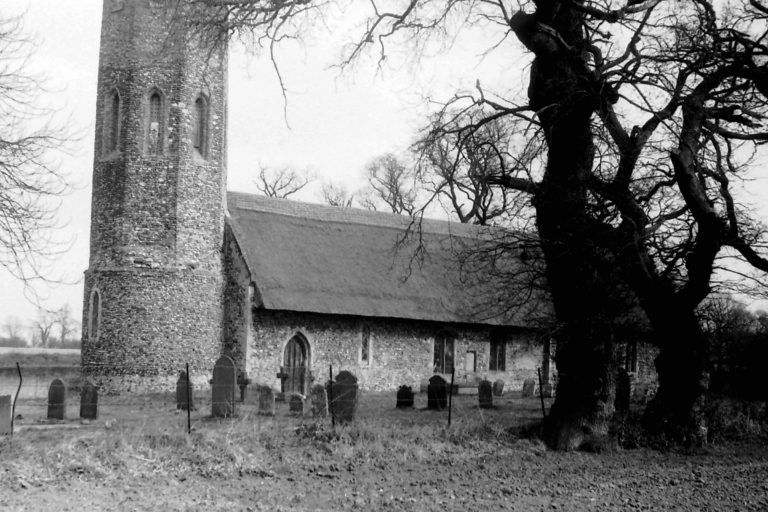 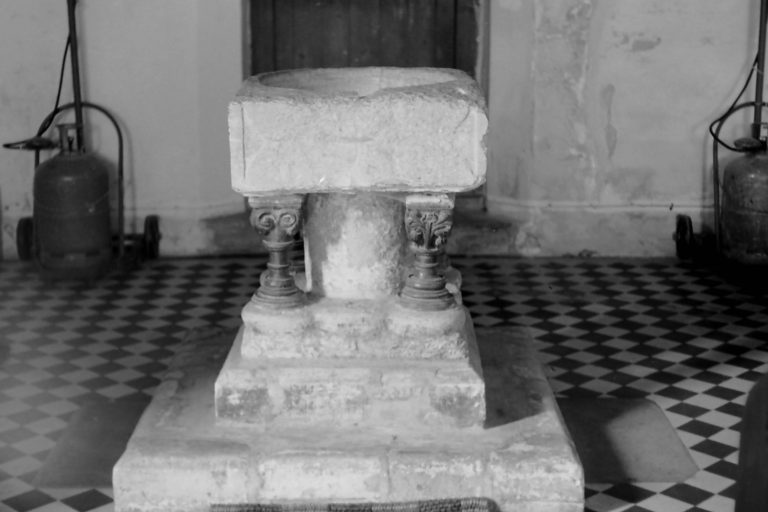 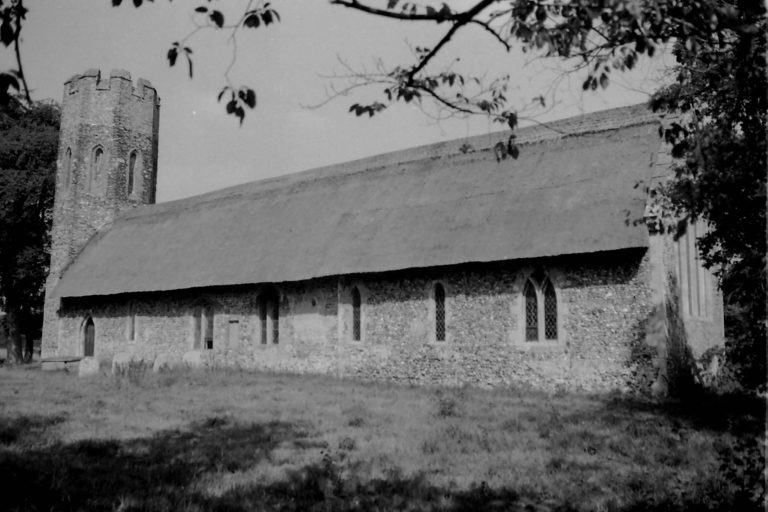 Nave and chancel at St Mary, Ashby, photographed by Bill Goode on August 20, 1976. 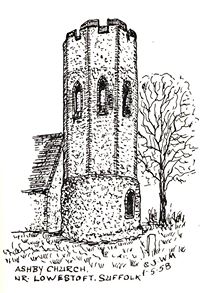 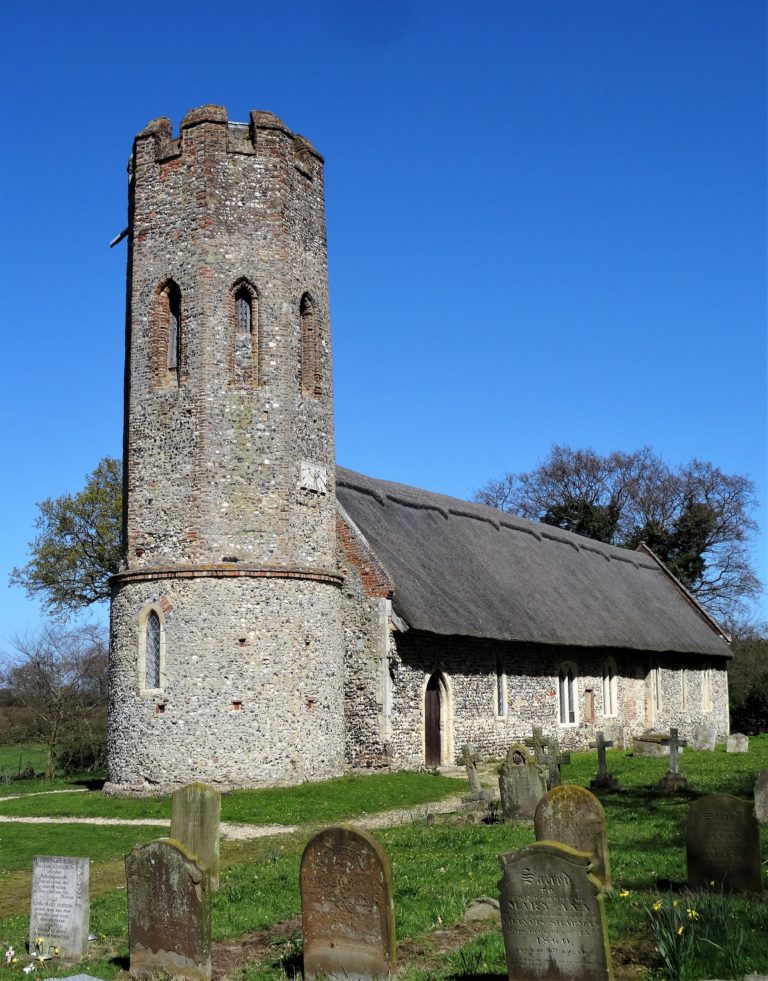 To mark 2020 Heritage Open days, a series of “podcasts” has been filmed by the Broads Authority. See story below about the church and the Angles Way.

Between two of the nave windows on the outside of the south wall there is preserved a panel, which at one time was no doubt a headstone in the churchyard.

The church itself is a small structure, dedicated to St Mary, and contains several items of interest. These include a pair of consecration crosses, one on each side midway down the church, and a set of rood stairs in good conditions in the south wall. A narrow pointed tower arch has at some time had sufficient of its face cut away to allow the imposition upon it of a flat ogee-shaped hood, which has entirely altered its appearance.

There is no porch, and the floor of the church is lower than the churchyard by some three steps, each of which is Purbeck marble. The ancient square font is also of this material. There is sufficient of the old work at the tower base to show that this was originally circular, but the greater portion of it is now octagonal in shape, containing a good deal of brickwork put into it during considerable restoration work in 1859.

The church stands well away from the highway, and is approached through the farmyard, containing the girder work of an artesian well by the letter-box on the Somerleyton Road – A R Bishop.