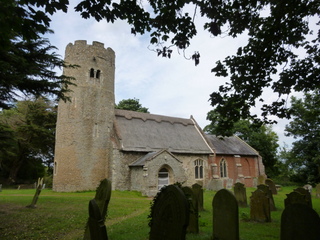 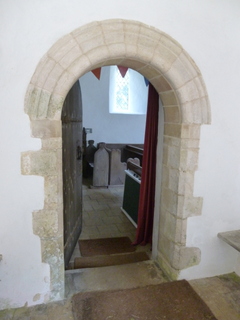 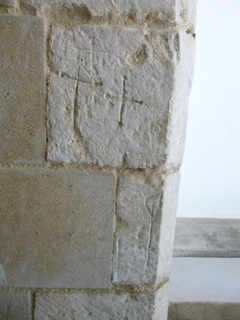 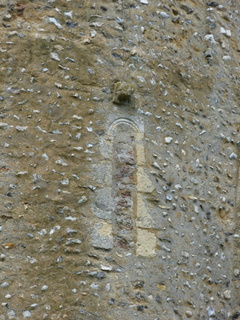 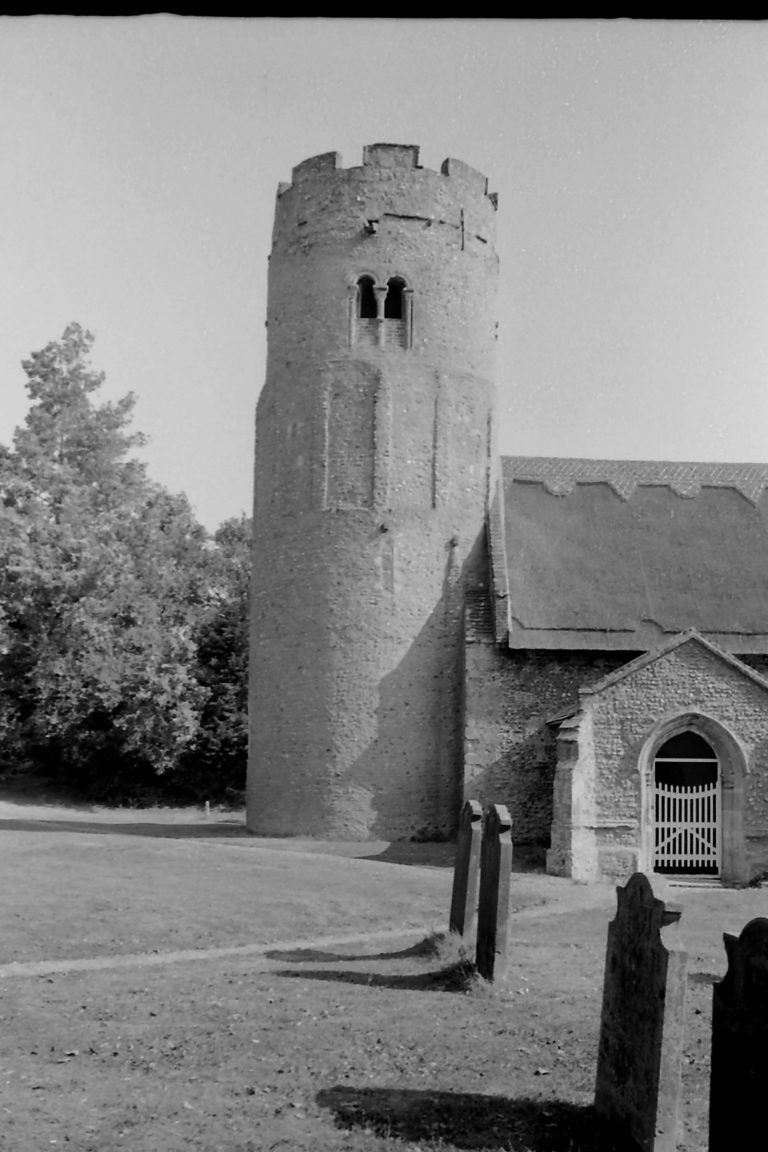 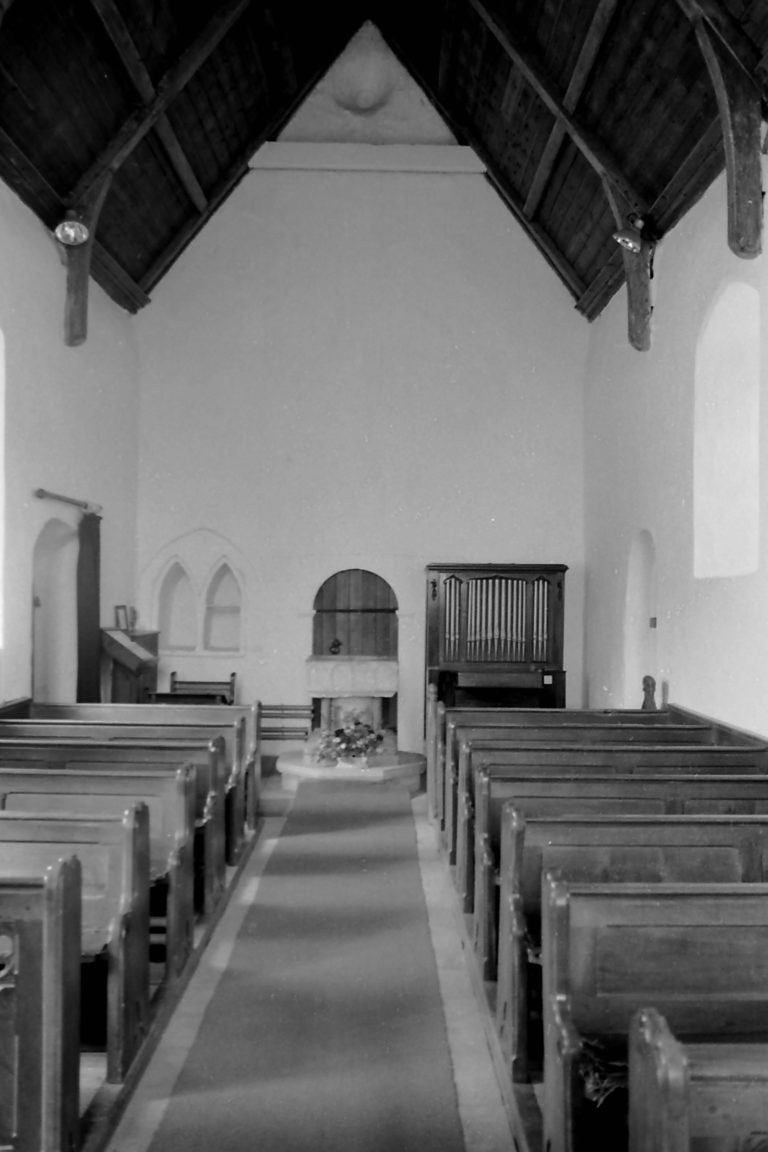 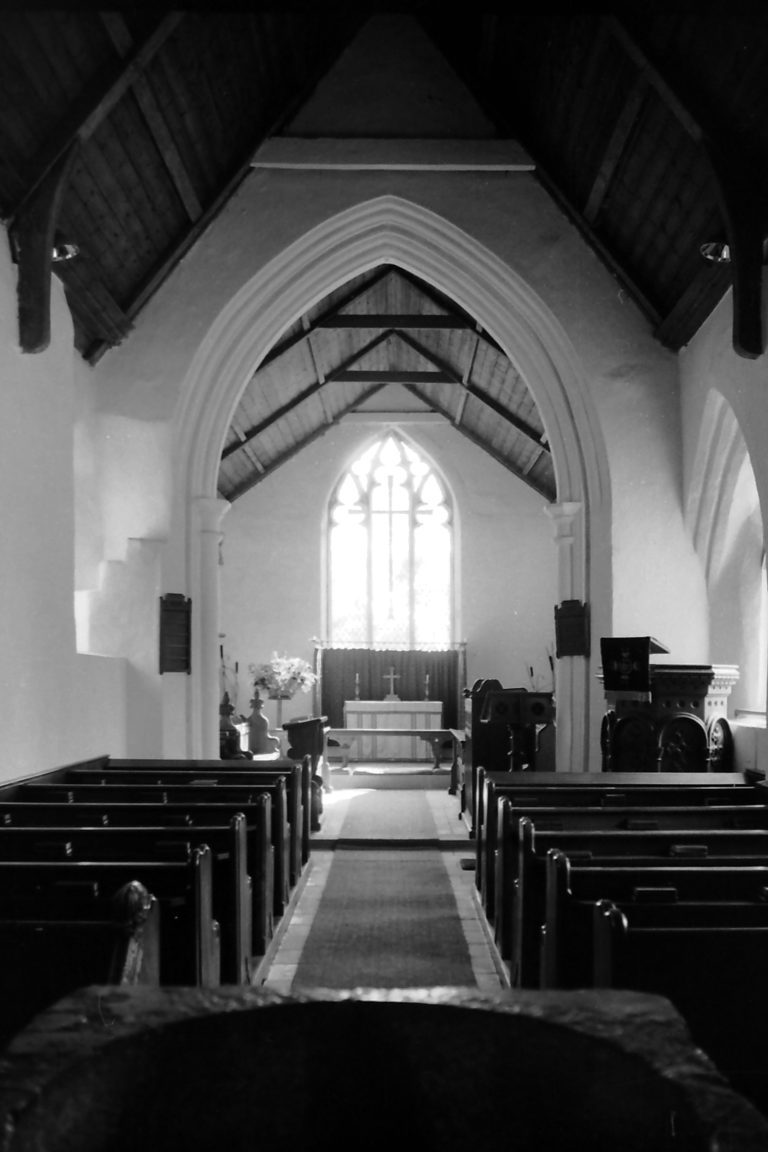 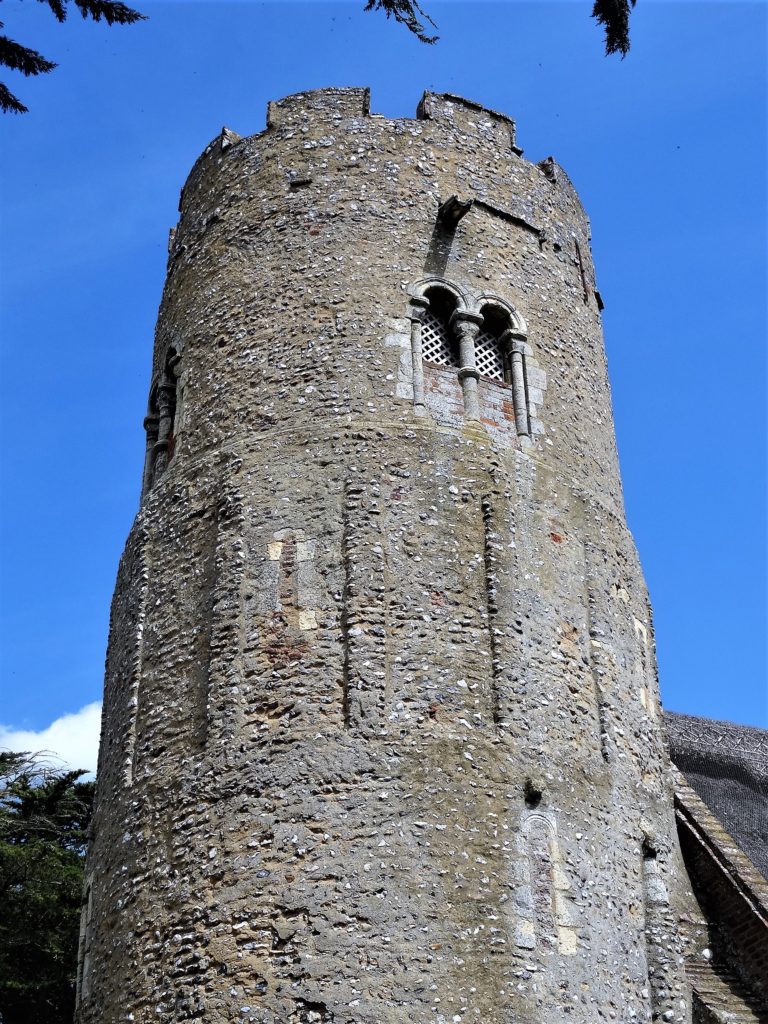 In a wonderfully secluded setting on the high ground above the River Yare and its tributaries.

The tower has narrow windows framed in dressed stone, pilasters in flint (similar to those at the base of the tower at Kirby Cane), double belfry openings in stone arguing according to Stephen Hart for its building in the Saxon-Norman overlap period of late C11/early C12.

The tower seems to have been added to a towerless church with N and S Norman doorways (the south with a mass dial and array of graffiti). Brick chancel is C19. Early Purbeck marble font and unusual double Aumbry or cupboard in nave west wall.