The tower at St Michael. 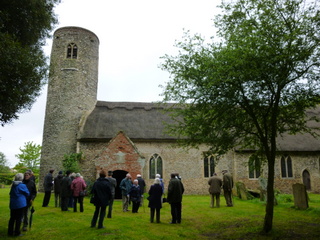 Members of the Round Tower Churches Society at St Michael. 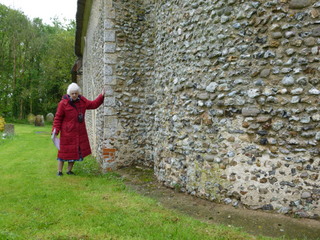 'Lyn Stilgoe points to a detail of a stone quoin. 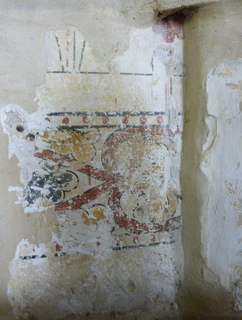 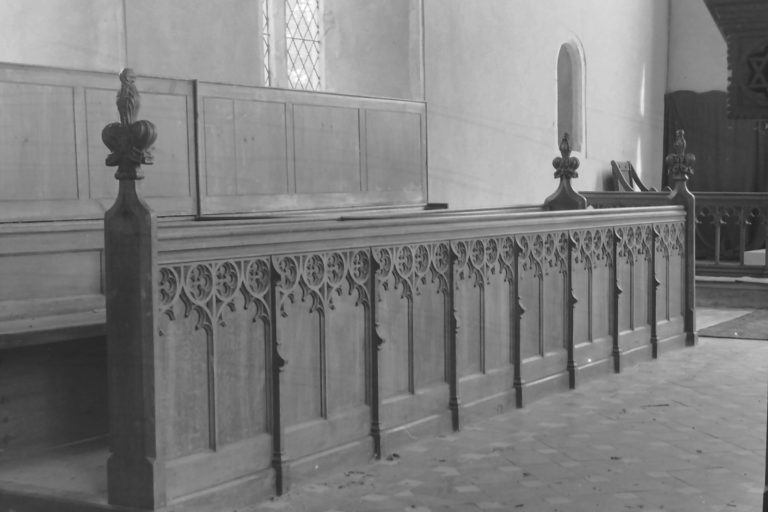 The chancel at St Michael, Rushmere, taken by Bill Goode in June 1995. 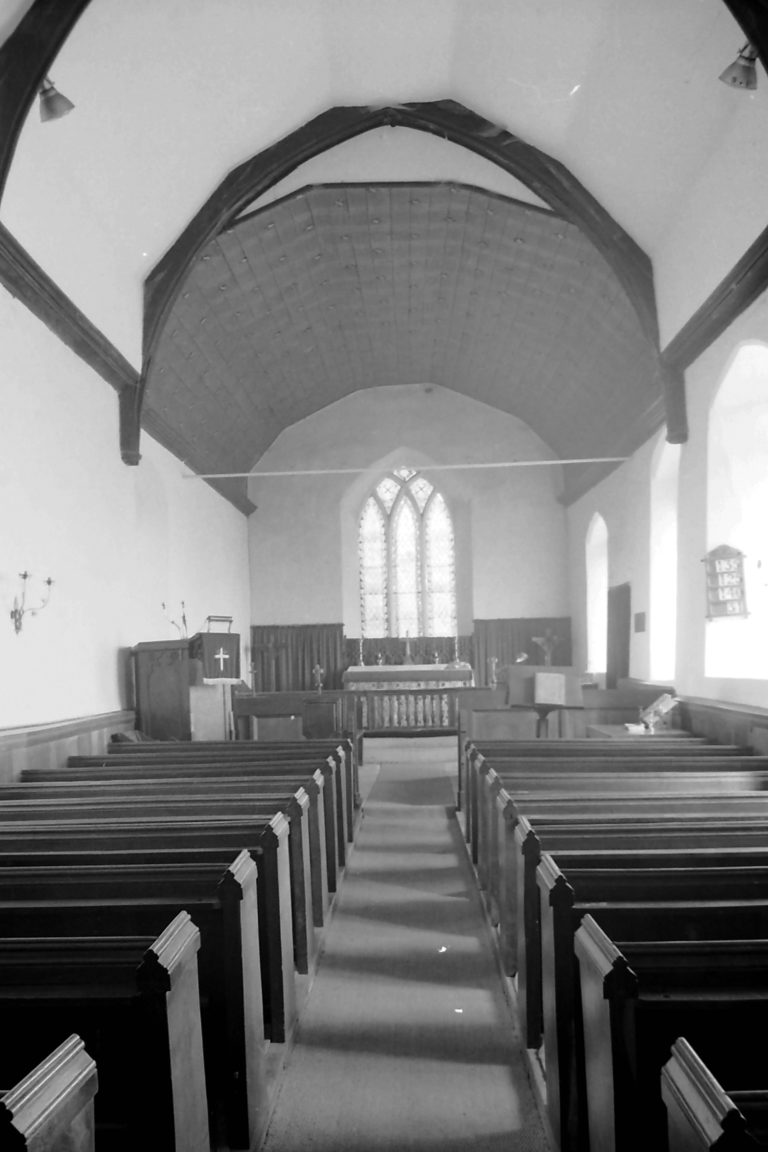 The tower is circular to the top. The first stage has flint courses running from the tower, across the filets and the nave west wall, suggesting, as Stephen Hart argues, that the tower and nave were built at the same time, probably of Norman date.

The middle section is of uncoursed flints with a few medieval bricks, perhaps a late C13/ early C14 rebuilding of the tower and tower arch. The belfry is uncoursed flint work with medieval bricks and late C13 openings. The quoins at the corners of the nave are squared Caen stone. Some parts of the nave walls are of coursed rubble flintwork, similar to the lowest section of the tower.