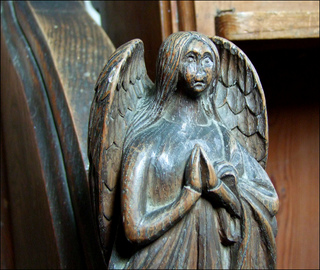 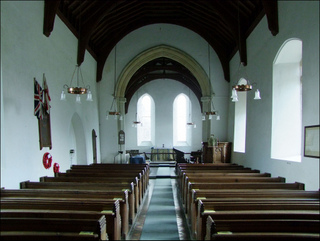 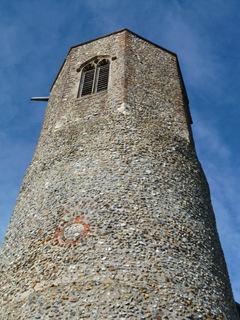 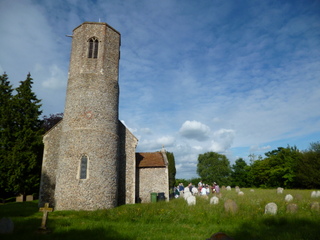 The tower at Rushall. Date not known. 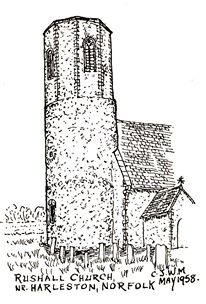 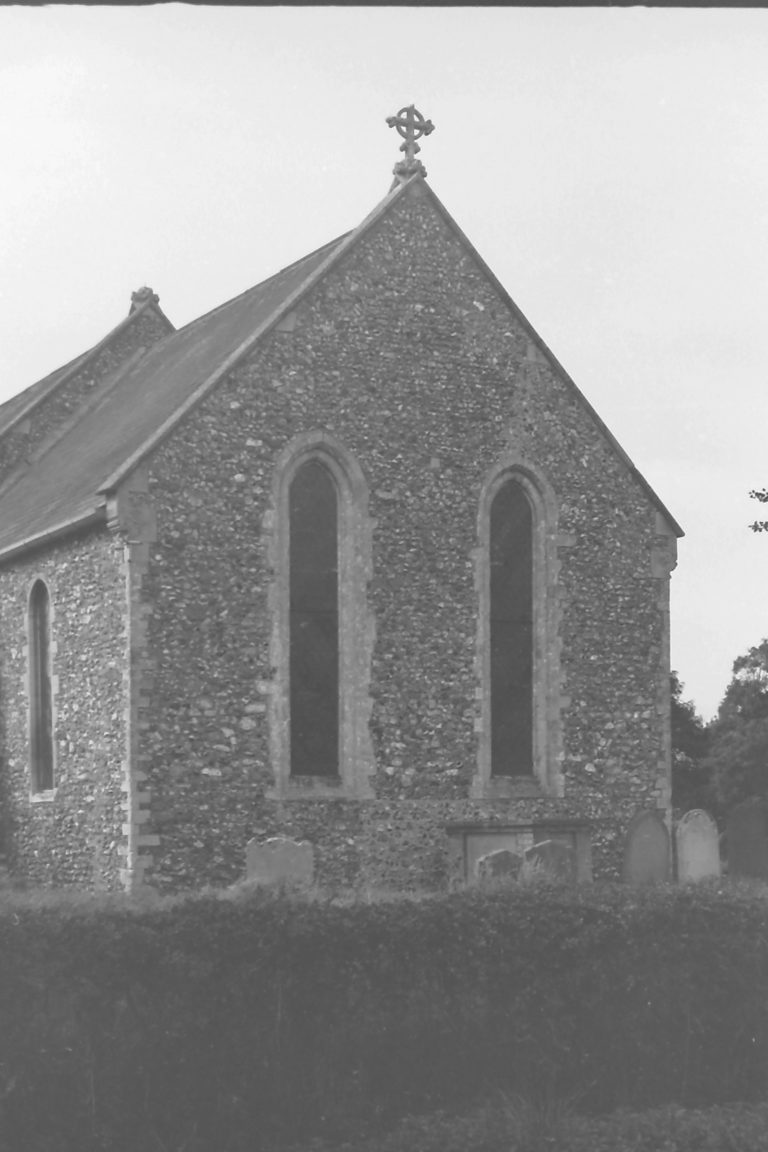 The east end of St Mary the Virgin, Rushall, taken by Bill Goode in September 1975.

The church has perpendicular windows and a blocked arch to a former chapel in the north wall, a chancel with lancet windows, two in the east wall.

The tower is round for about 2/3 of its height, with an octagonal top. The walls of the circular stage are faced with even sized and coursed rubble flints and non-flint erratics and roughly half way up there is a set back of a few inches. There is a lancet window and a circular feature formed with concentric circles of medieval and later bricks.

Behind this circular feature at first floor level within the tower there is a blocked window embrasure with a pointed arch head. The fabric of the octagonal section is similar to the round section with occasional medieval bricks. The octagonal angles start with three dressed limestone quoins but above them the angles are formed of medieval brick.

The belfry openings are of transitional decorated/ perpendicular style. There is a blocked upper doorway which shows the tower as structurally separate from the nave and a pointed arch in what would have been the nave wall. Stephen Hart suggests that the tower has been added to a pre-existing church which had a pointed (C13 or early C14) window in the west wall, and hence is probably C14. There are no belfry openings in the circular stage of the tower so the octagonal section was probably part of the original design but was constructed later, perhaps delayed by the Black Death?

The circular brickwork is not like that at Forncett St Peter and looks more like the altering of a window to take a clock in the C17 or C18 but subsequently removed.