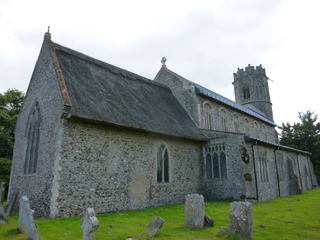 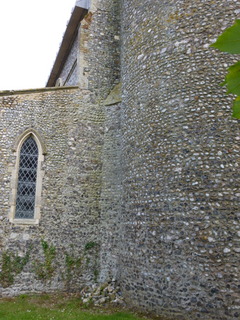 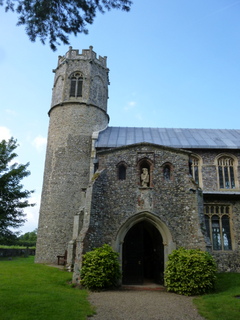 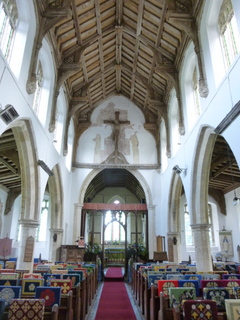 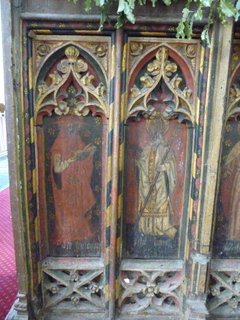 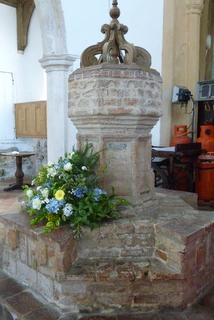 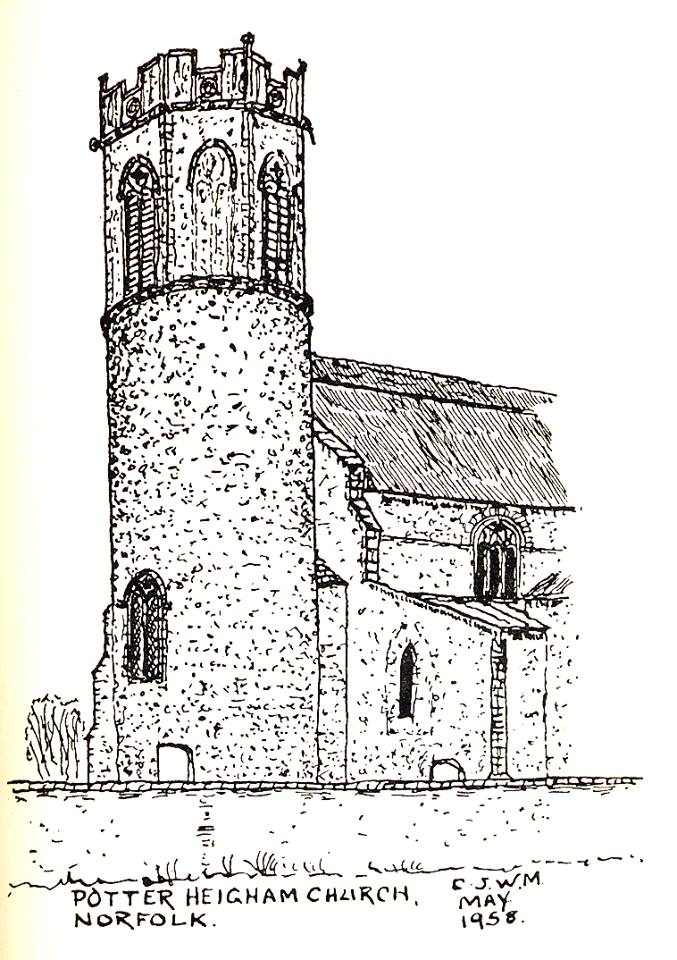 A Messent tower drawing in May 1958. Copyright, RTCS. 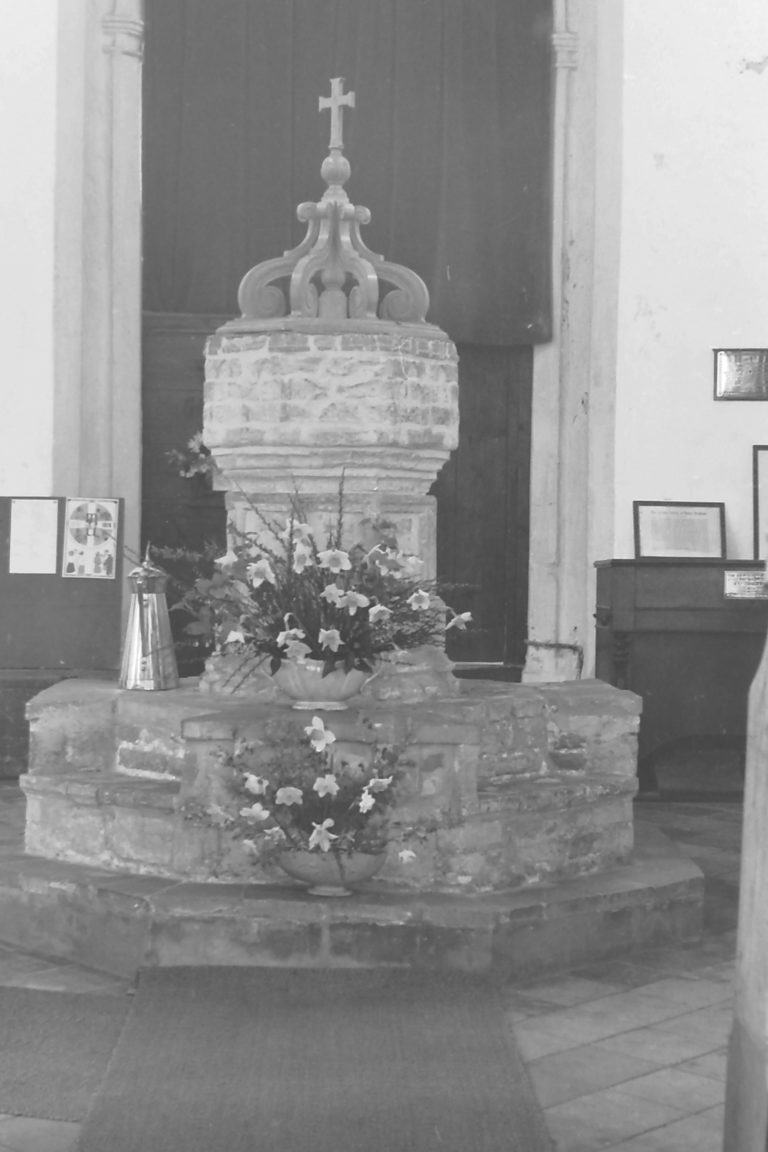 Floral displays around the font at St Nicholas by Bill Goode on May 3, 1976. 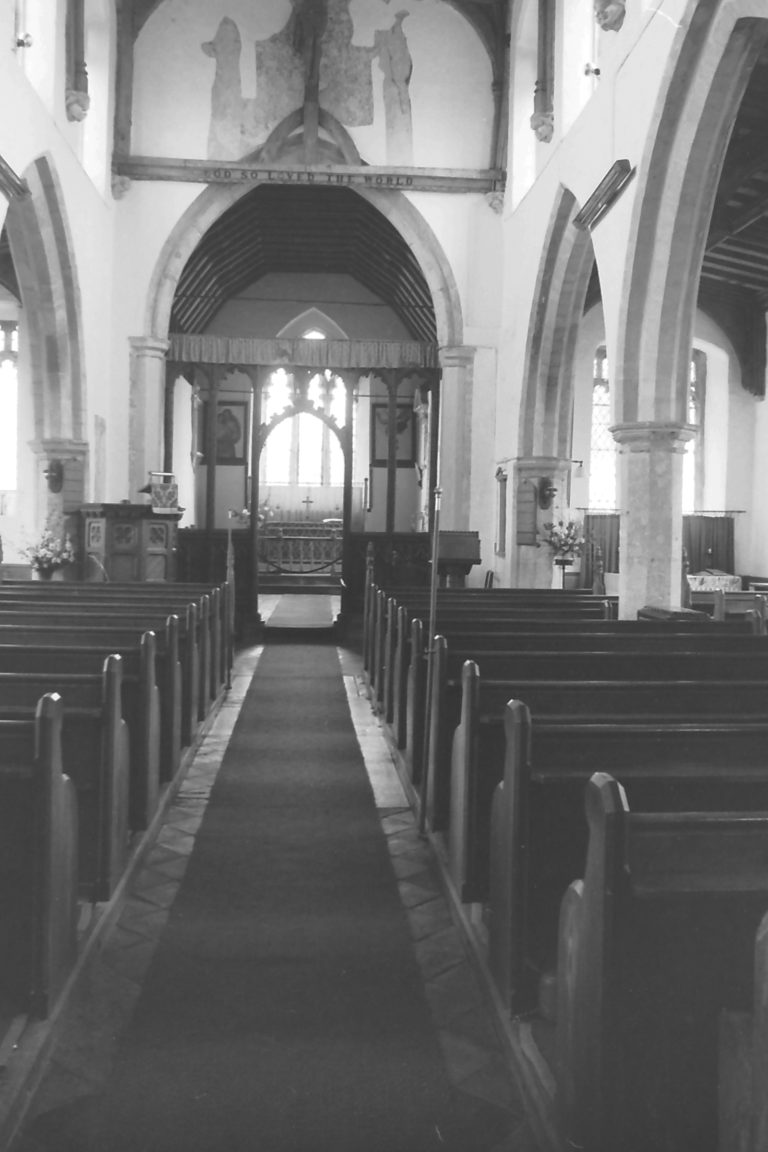 Situated in a quiet spot amongst trees at the edge of the village. Stephen Hart in The Round Tower (June 2009) said that the tower was added to a pre-existing church and that the rubble flint of the old north and south chancel walls are probably the oldest parts of the church.

The tower and the fillets between the church and nave contain show a uniformity of work and include some well-knapped flints not normally found before the end of C13. This work differs from that in the chancel and so is likely to be later.

There are no belfry openings in the circular part of the tower, suggesting that the octagonal belfry was built at the same time as the circular part of the tower.  An earlier article by Arnold Butler published in June 1995 includes details about the church and its internal fittings, including its wall paintings, brick font, the high nave roof, and screen as well as information about some of the ledger stones. Jack Sterry describes Potter Heigham in his 2007 book Round Tower Churches to the West, East and South of Norwich.