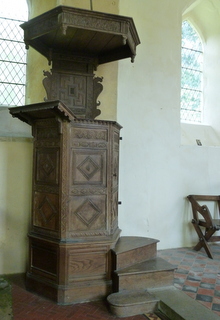 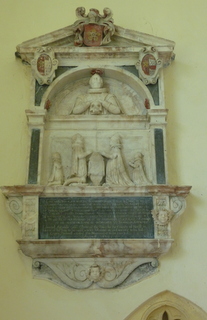 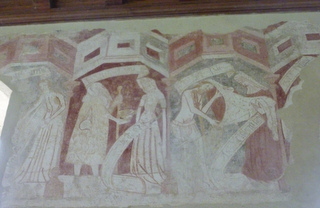 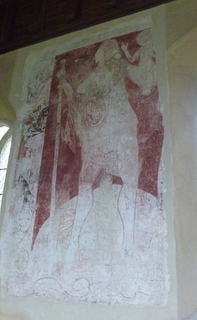 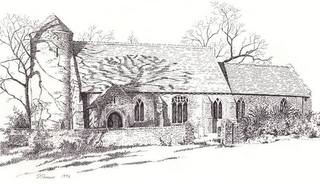 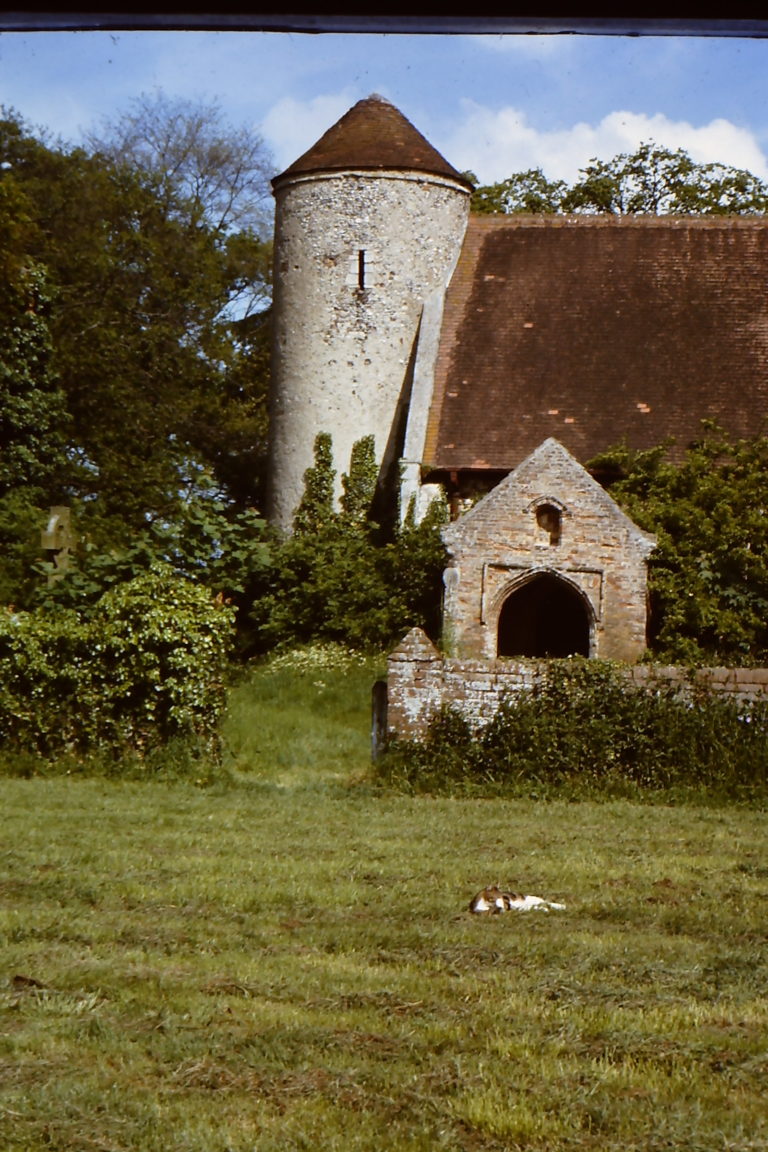 Tower and porch of St Mary, photographed by Bill Goode, taken in June 1971.

South of the A47 and north of the River Yare. There are various suggestions about the date of the tower, but Stephen Hart (in an article in Round Tower Churches Magazine September 1996) considers that, like the nave, it dates from about 1300.

It is short, scarcely higher than the nave with a blocked perpendicular window on the ground floor, with a red tile cone roof. The only two other windows are a small stone faced slit window on the south side and a rectangular wood framed one on the north. These are below the nave ridge level and several feet below the top of the wall. As there are only two small openings Stephen argues they were unlikely to be belfry openings.

Instead, he suggests, that there may have been a belfry level which has now gone which is why the tower is so short. Like the nave, the tower is of uncoursed flints with no Saxon or Norman features. It does, however, have a regular pattern of putlog holes which appear to be original. Similar put log holes can be seen in the nave walls suggesting that the nave and the tower were probably contemporary and given the Y tracery windows probably dated about 1300.

The bricks are larger than typical medieval bricks and could be examples of an uncommon type known as Great Bricks. The red brick south porch is from C16.
The church has a fascinating set of wall paintings including an early C14 St Christopher and Seven Acts of Mercy including receiving the stranger, drink for the thirsty, clothing the naked etc. For more information about the wall paintings go to: http://www.visitchurches.org.uk/wallpaintings/Ourwallpaintings/St-Marys-Church-Moulton-Norfolk/. There is a C13 Purbeck marble font, a Jacobean pulpit with tester and a fine monument to the family of Edmund Anguish from 1620s. Jack Sterry visits Moulton in his 2007 book Round Tower Churches to the West, East and South of Norwich.