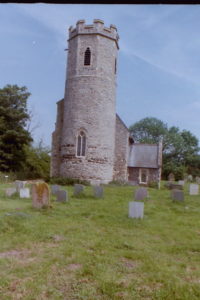 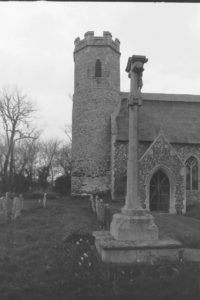 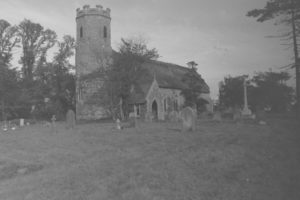 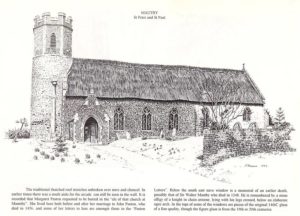 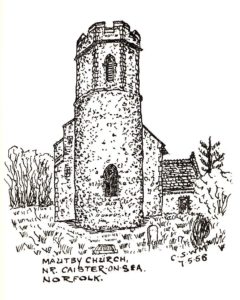 It is always kept locked in 1931 but an occasion to see the interior was provided during June when Hudson, the clerk, was persuaded one evening to come down from Filby and show a party round.

The church contains at the south end of the nave a marble tomb under a canopy, with a cross-legged recumbent figure in armour, with his feet resting upon a mutilated figure of a lion or dog. The figures lie on the cover of a stone coffin, and it is reputed to be that of Sir Walter, a member of the Mautby family, who died about 1246.

There is a fine Perpendicular chancel arch, with some remains of a screen, and in the chancel itself a graduated triple sedilia. The site of a south aisle, in which the de Mautbys and later Margaret Paston was buried can be traced, but falling into ruins. When the nave was restored in 18883-84 the south windows were built into the bays of the arcade then discovered.

The western tower has lancet windows, is round at base, with octagonal belfry and embattlement. – A R Bishop.