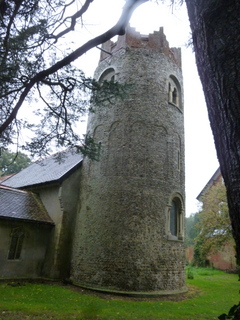 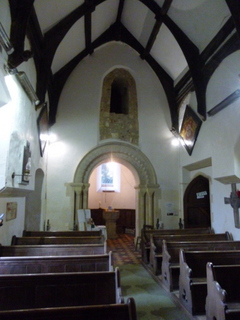 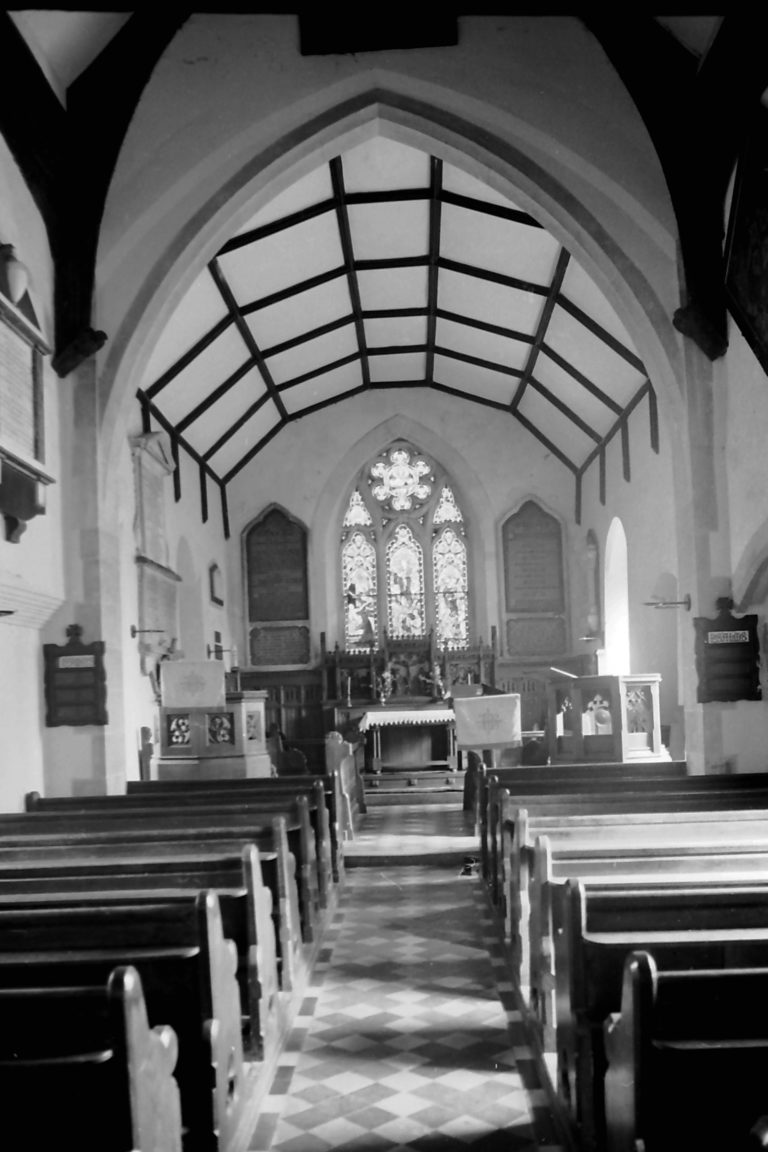 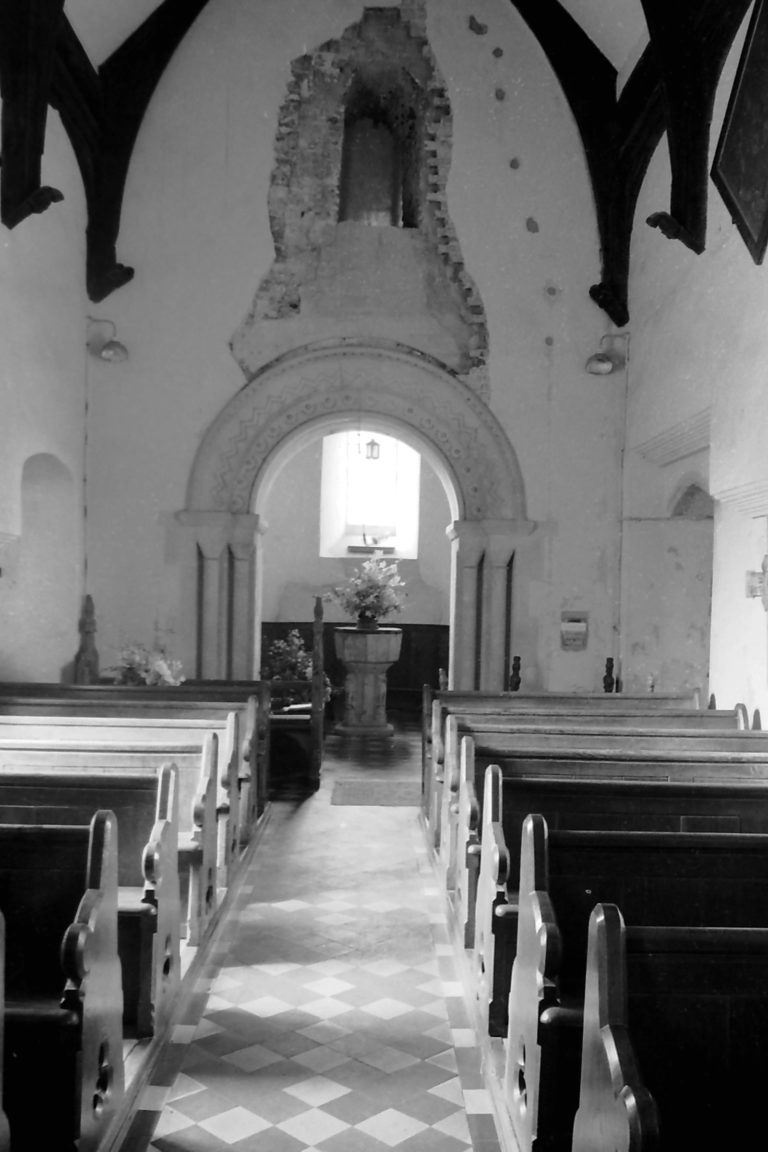 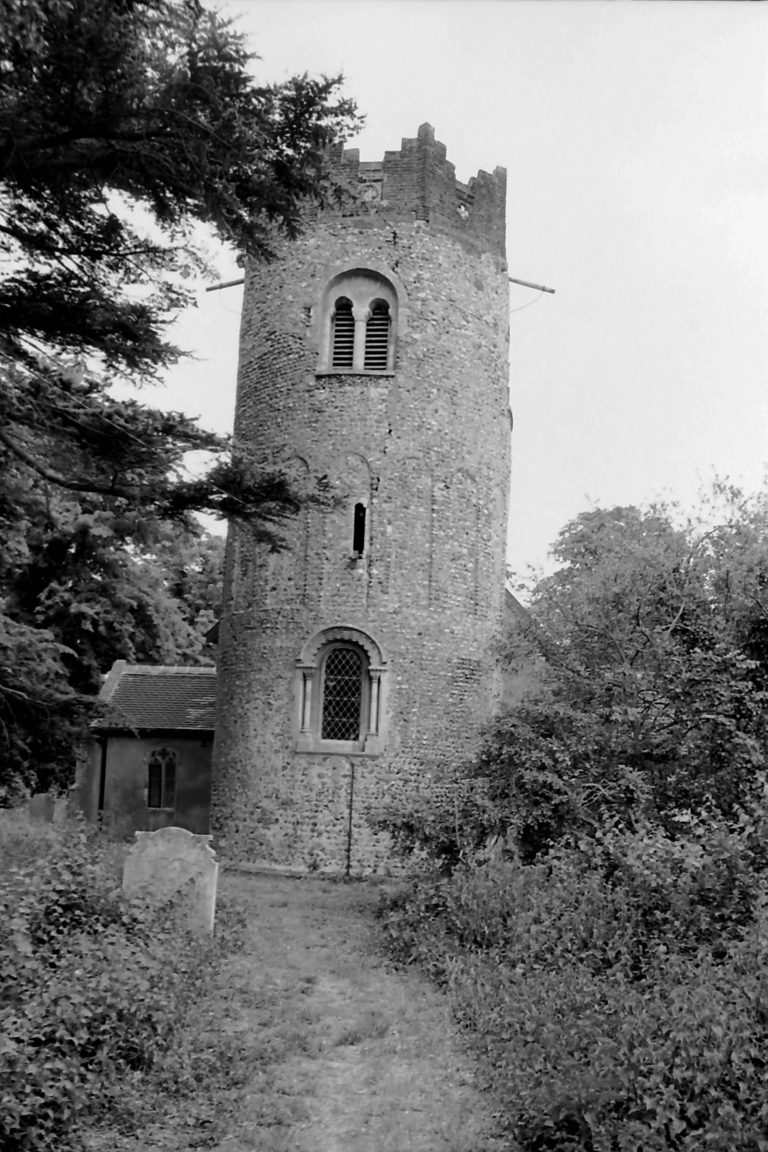 The tower is circular to the top of the belfry stage. A Norman window at ground floor level, blank arcading – eleven blank round headed arches and flint pilasters- at first floor level, with three windows in the arcading with dressed stone and semi-circular heads.

Belfry openings with semi-circular dressed stone and central stone columns with carved capitals. The tower is topped by a battlemented stepped parapet. Tower arch is Victorian in Norman style. A round headed upper door has recently been revealed. The church is narrow, without aisles. Squared dressed quoins and part of a Norman window with star ornamentation (on the south wall, above the vestry) point to the church being Norman.

Stephen Hart argues that the tower is probably Norman as well (similar arcading is found in the Norman square tower at Corringham, Essex). Font with C13 Purbeck marble bowl rests on C15 shaft. Arch braced roof with angels on below the ridge. C14 piscina with traces of colour.

Jack Sterry features Thorington in his 2005 book Round Tower Churches on the Norfolk and Suffolk border.