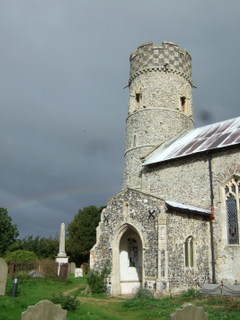 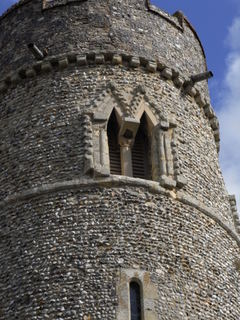 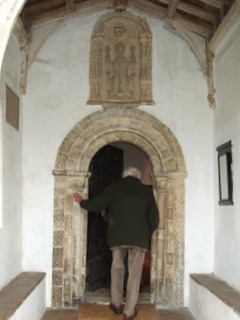 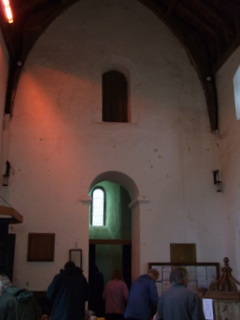 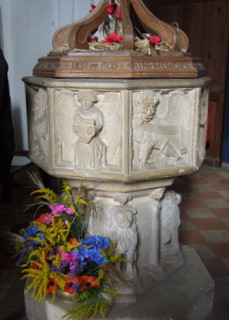 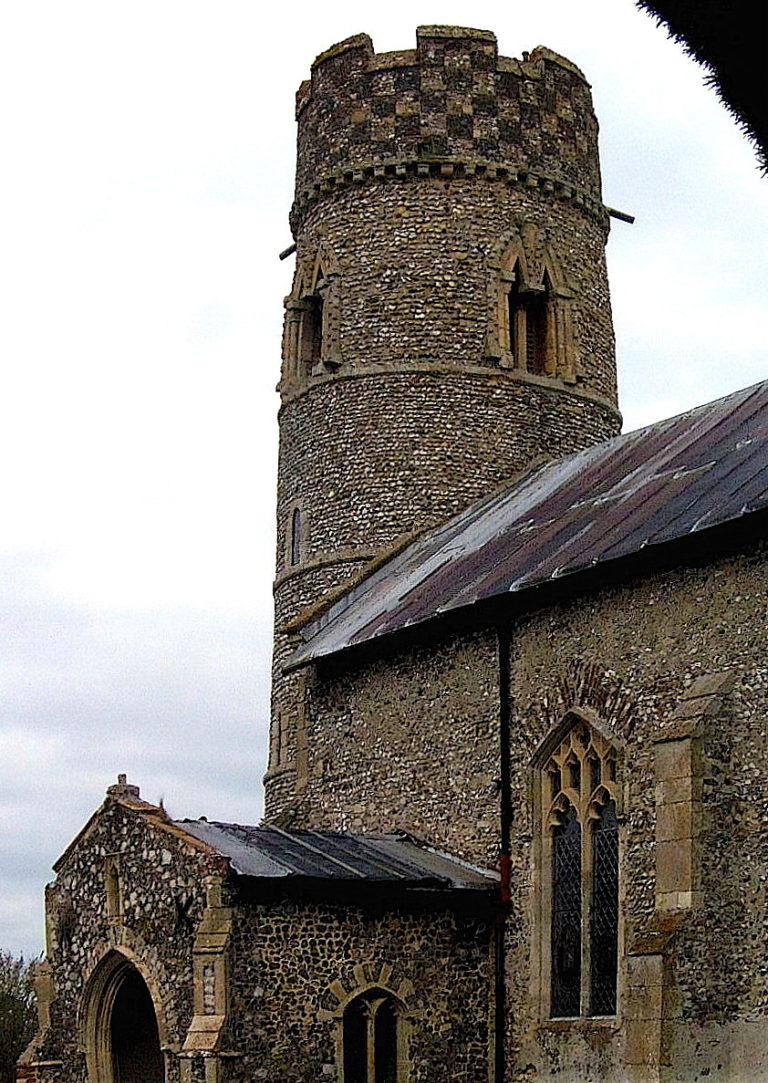 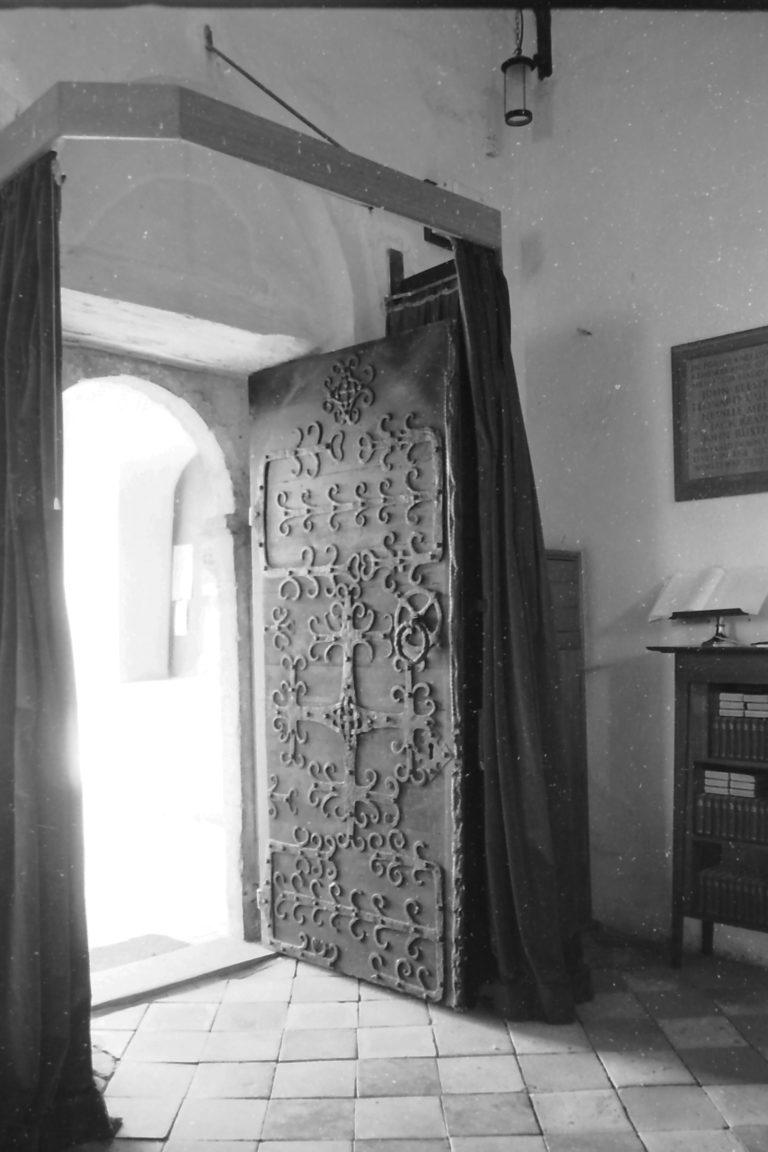 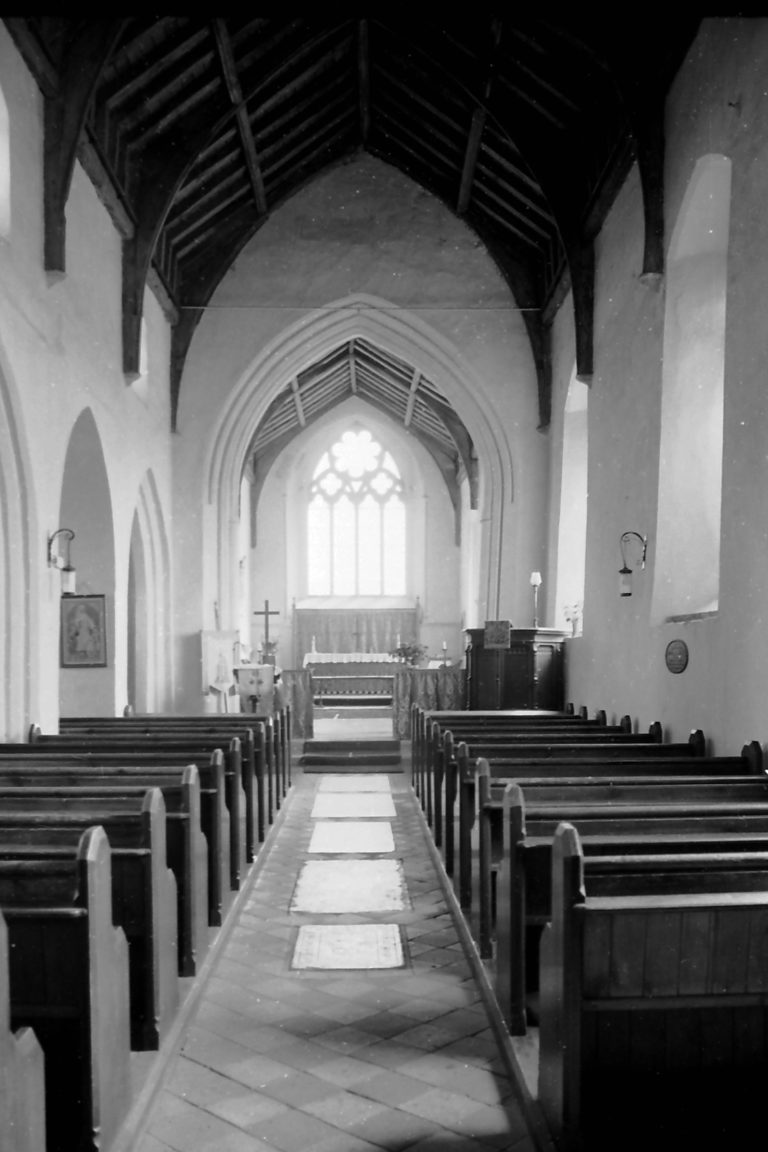 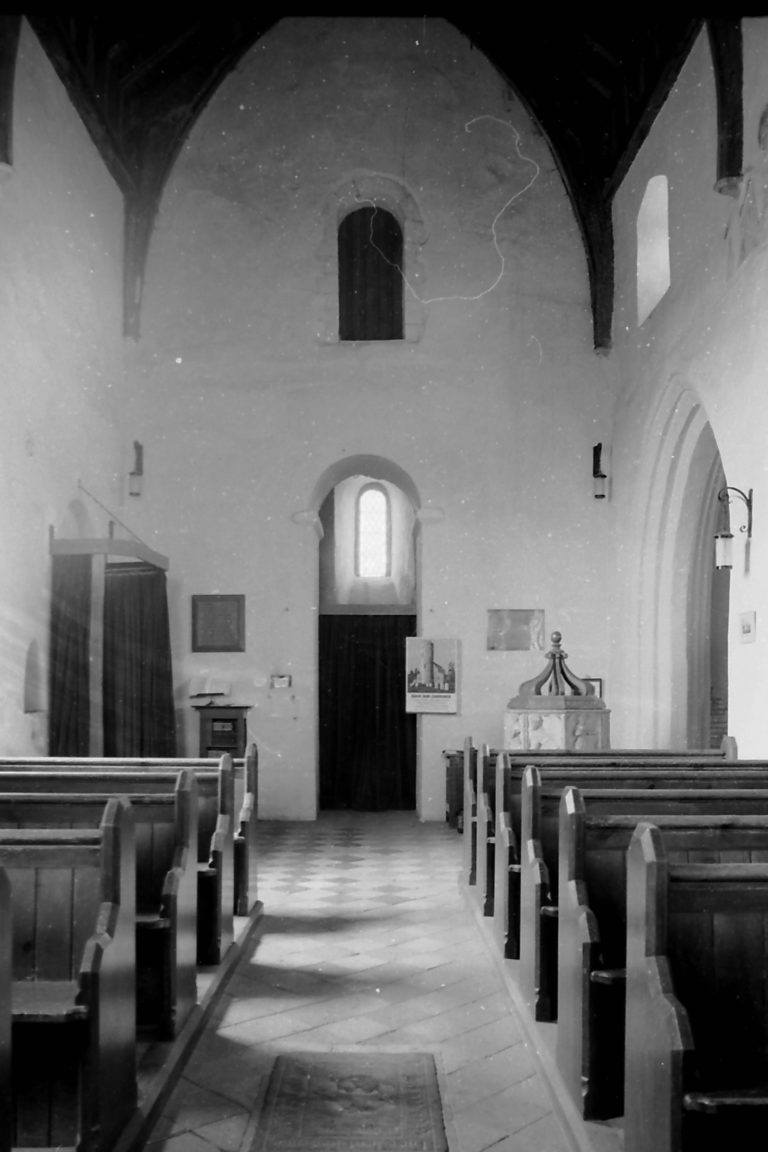 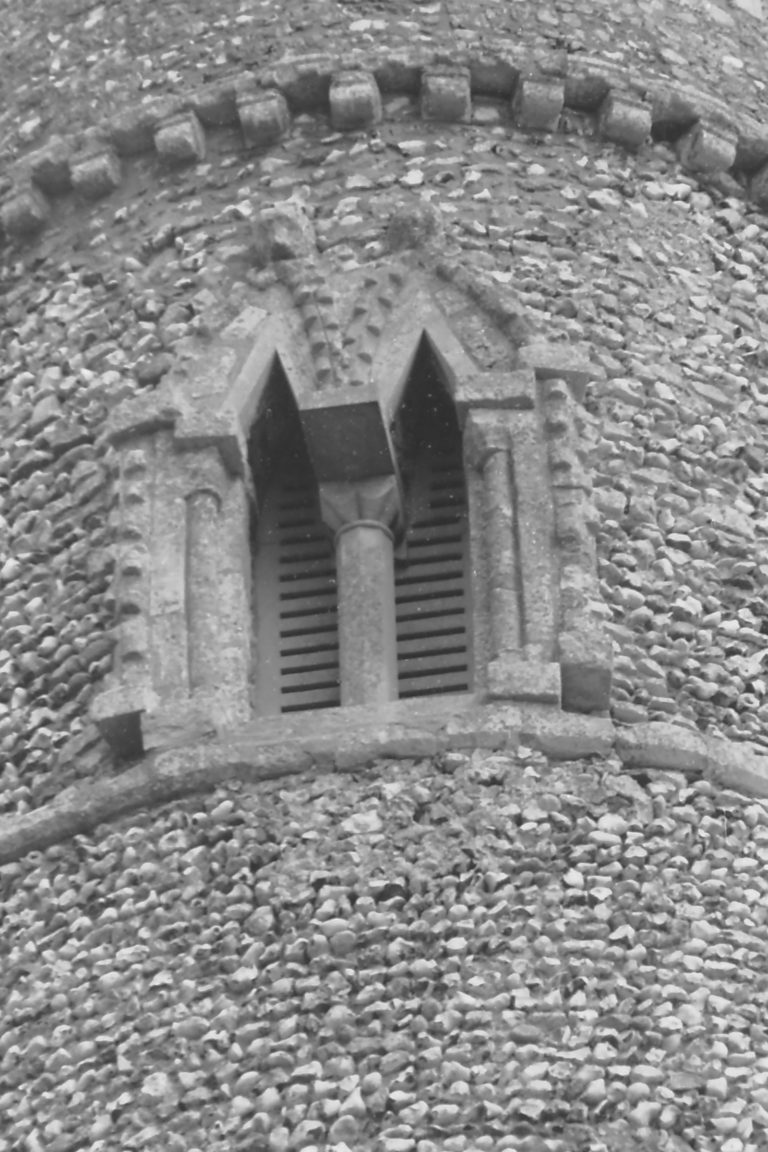 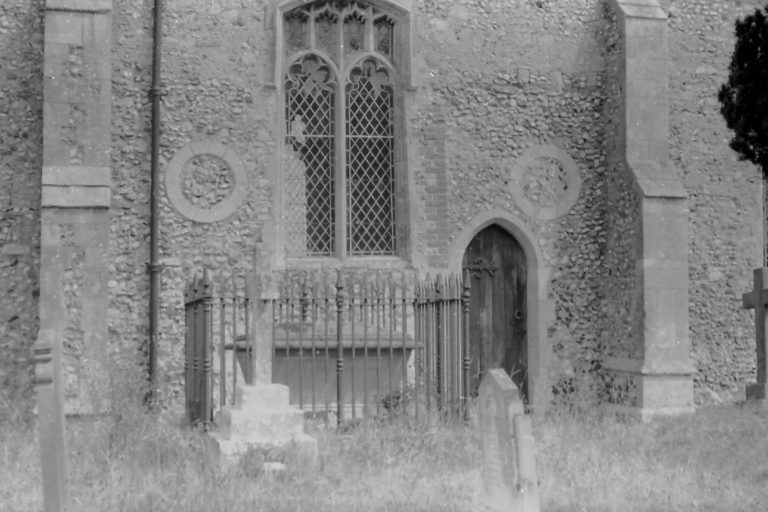 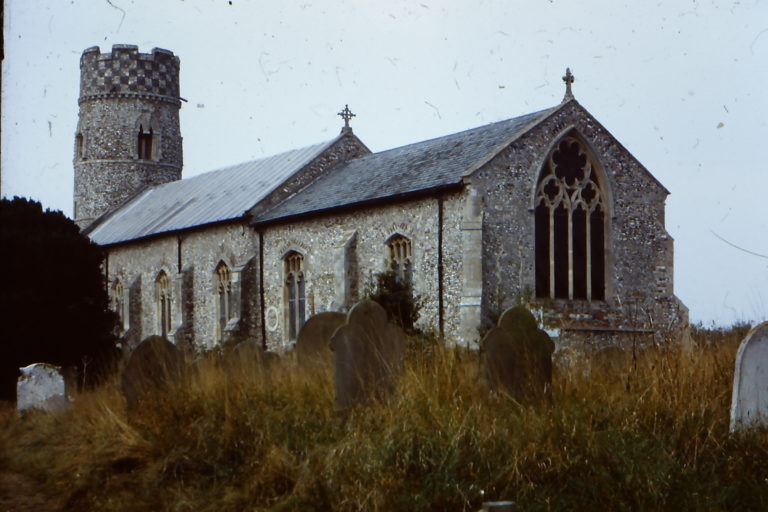 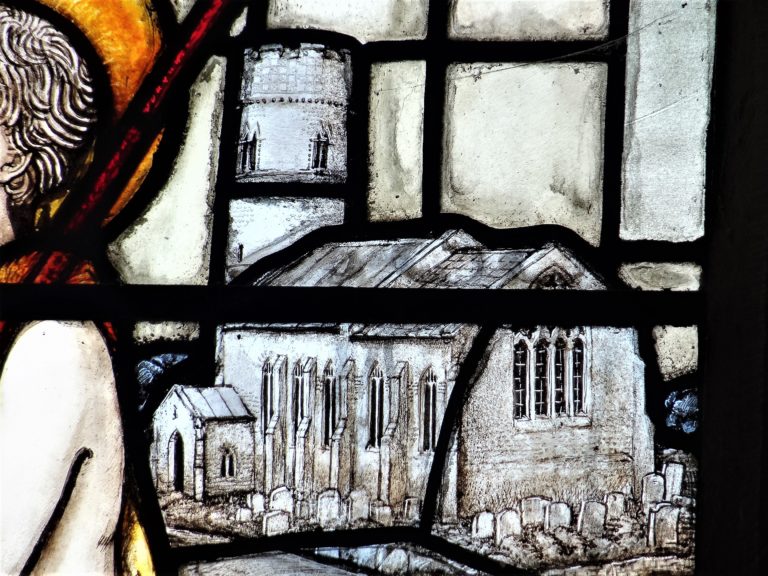 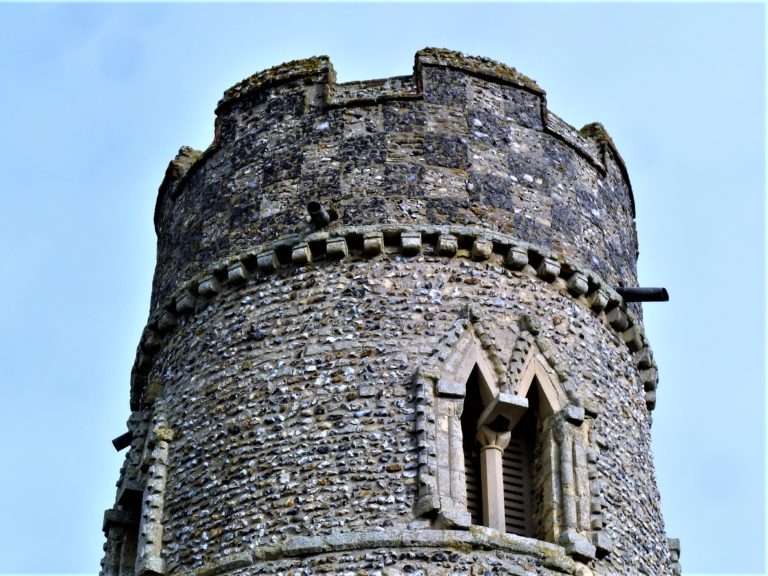 A much loved church on the high ground above the Waveney.

It illustrates well the changeover from Saxon to Norman architecture: with Saxon features such as twin belfry openings with triangular heads, tall tower arch and narrow nave, but built with the extensive use of Caen stone which was available in East Anglia only towards the end of the C11.

Tower built in four stages with string courses and later battlemented parapet. Tower and nave built at the same time and a later north aisle inserted. C15 porch protects an elaborate Norman doorway with Norman sculpture above it.

Font with lions and symbols of the evangelists. Stephen Hart’s analysis is available in The Round Tower (December 2011).

Jack Sterry visits Haddiscoe in his 2005 book Round Tower Churches on the Norfolk & Suffolk Border.