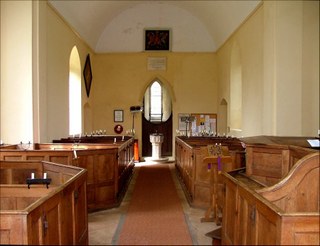 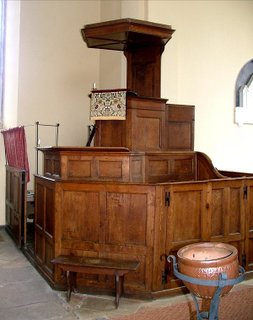 The pulpit photographed by Simon Knott of www.norfolkchurches.co.uk 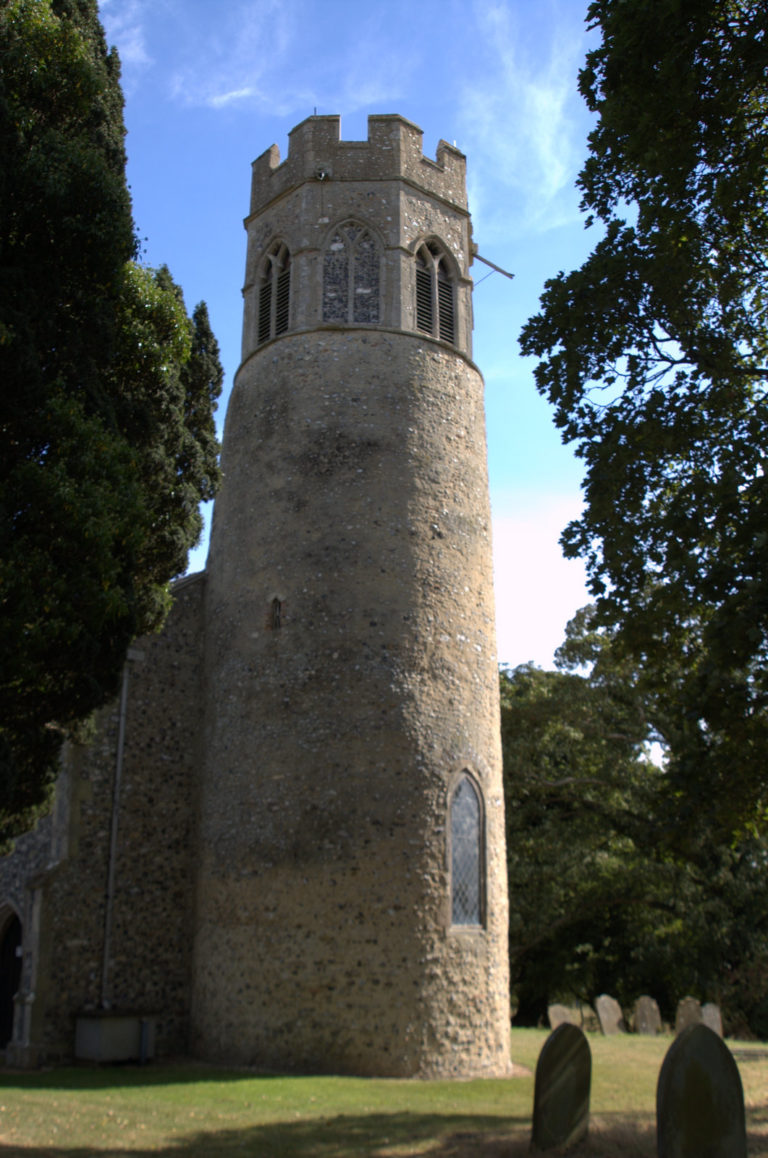 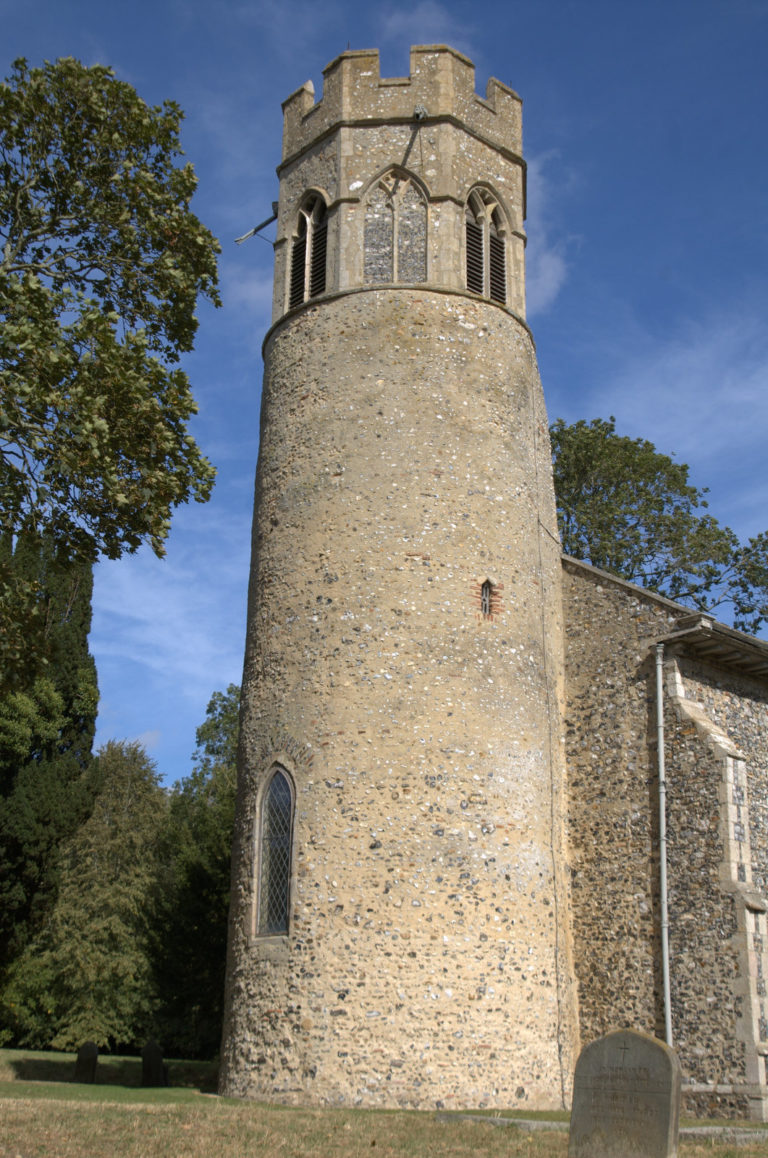 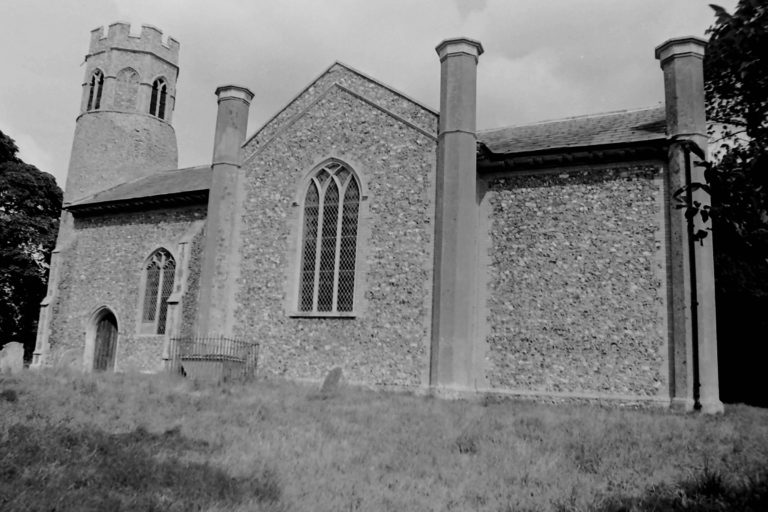 Transept at St Mary, Bylaugh, by Bill Goode in August 1990. 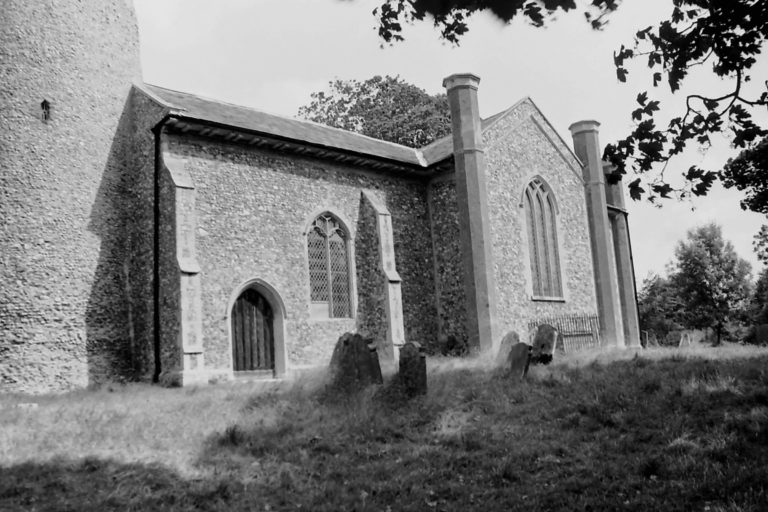 South aisle and transept at St Mary by Bill Goode in August 1990. 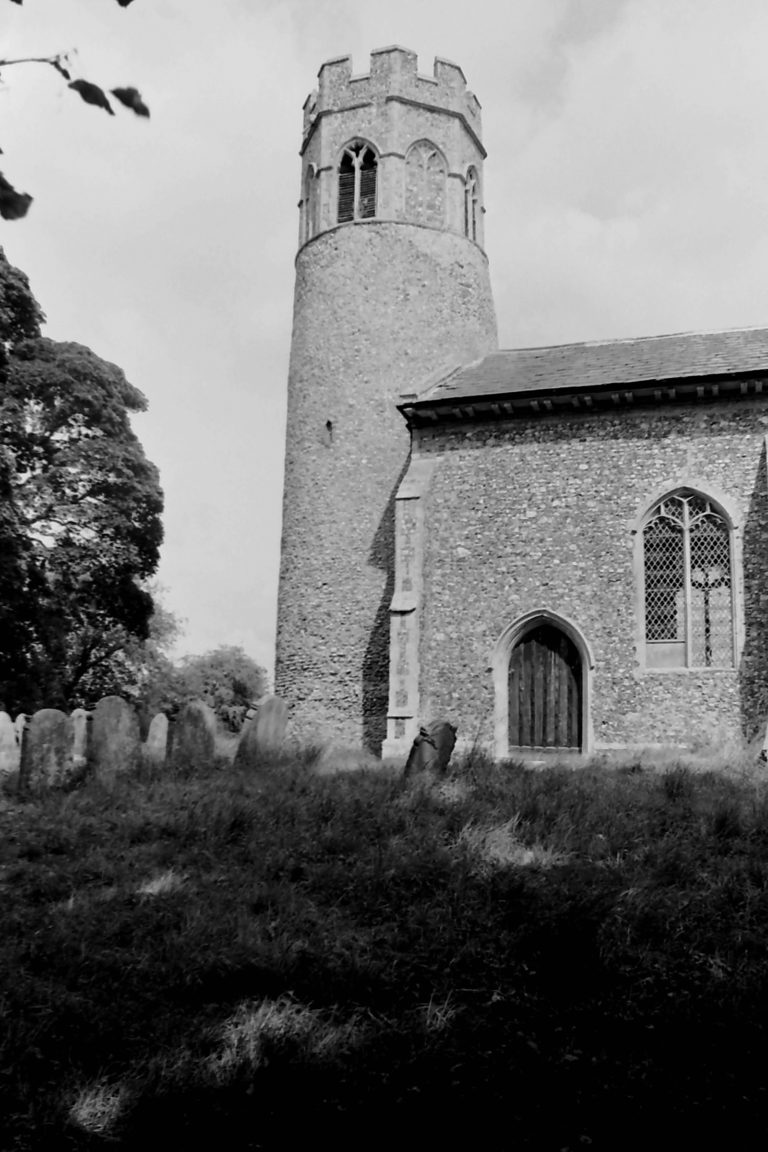 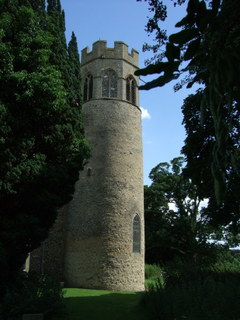 Overlooking the Wensum Valley. The nave and chancel were rebuilt in 1809 by Sir John Lombe of Bylaugh Hall and the transepts added.

The tower and parts of the west wall are the only parts of the original, although the doors and two nave windows may have been reset in the new walls.

About three quarters of the tower is circular with an octagonal belfry. This may have been rebuilt. Stephen Hart suggests that the nave and tower were built together. The Y tracery in tower and brick in tower suggest a C14 date.

The same vicar served here for the full length of Victoria’s reign: he resisted the shift to pews and so the church retains its box pews.