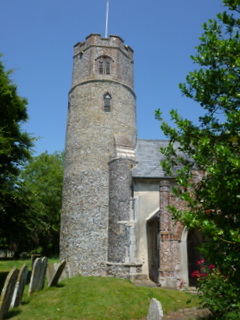 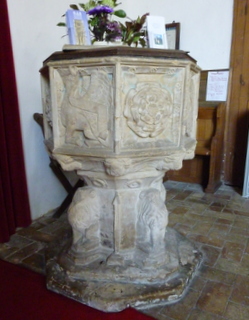 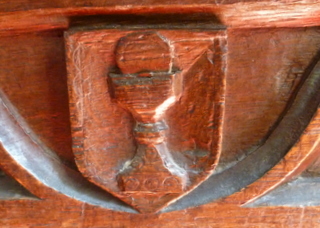 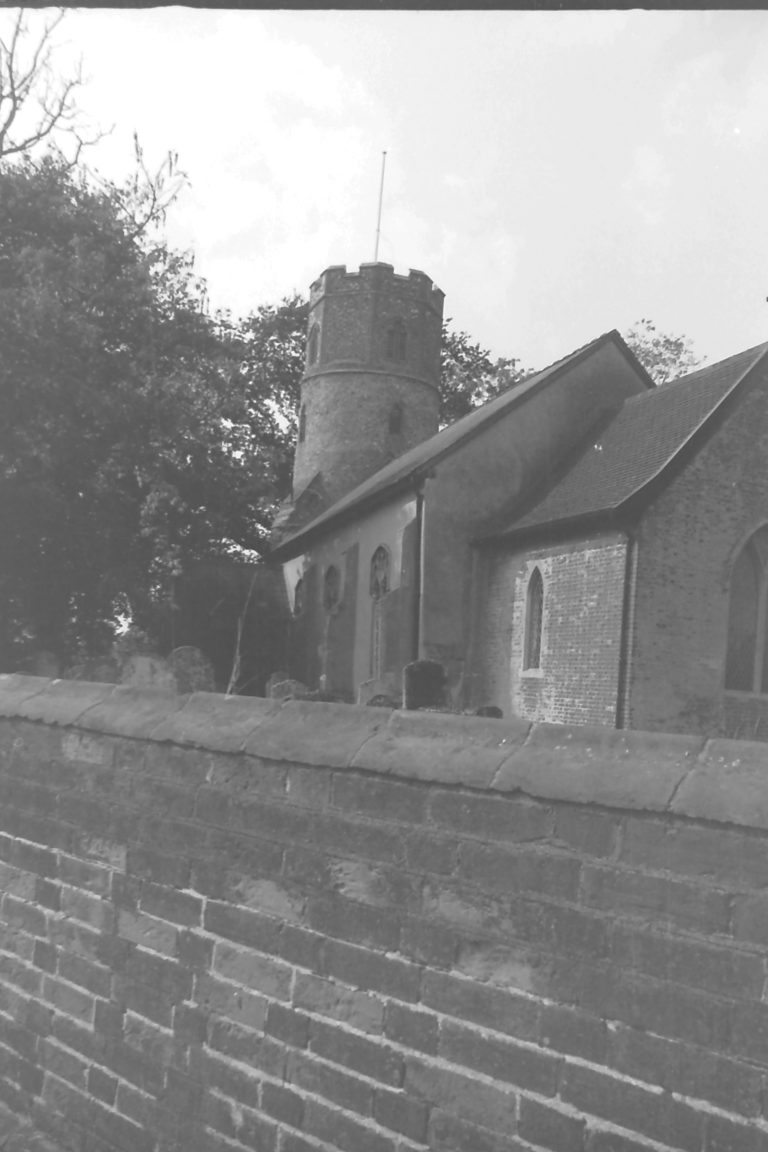 Taken by Bill Goode in September 1975.

Situated on a quiet road following the River Waveney, next to the village hall. Not built on the usual east-west alignment. Stephen Hart suggests that the tower was added to a pre-existing church. The tower is round for about two thirds of its height and then has an octagonal top with crenulations.  A brick porch with some fine moulded bricks. A font and some interesting wood carving.

Go to The Round Tower  (December 2007) for Stephen Hart’s discussion of the architecture and Dick Barham’s account of the interior of Needham church.