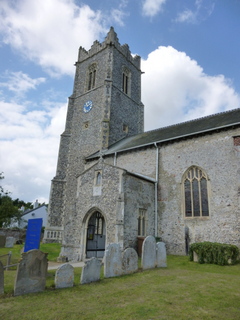 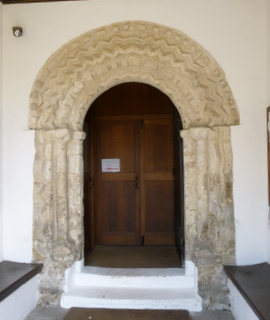 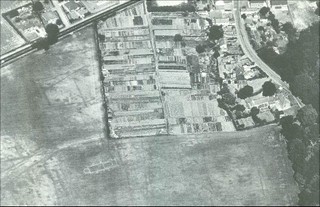 Aerial photography of the site of St Peter, Ormesby, by Derek Edwards 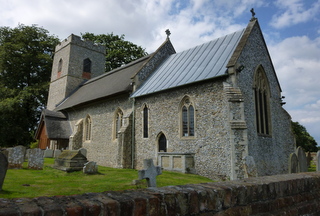 Ormesby is situated in the Flegg area, settled by the Vikings, as reflected in the place names. It was a densely populated area with four churches in the parish, two of which still exist.

St Margaret’s was the mother church on the east of the parish. It has a Norman doorway (pictured above) from the end of C12. St Michael’s is at the west side of the parish.

St Peter’s was one of two other churches which Richard Harbord suggests in his article in The Round Tower (2013 March) probably started as mortuary chapels for the overflow burial yards such a dense community would require. In 1726 Francis Blomfield reported that St Peter’s was reduced to a thatched barn but ruins of its round tower were still recognisable. The site is identifiable near some allotments: the land is raised and the other churches were probably visible.

St Peter’s can be detected on an aerial photograph taken by Derek Edwards in 1976, now on Simon Knott’s website www.norfolkchurches.co.uk