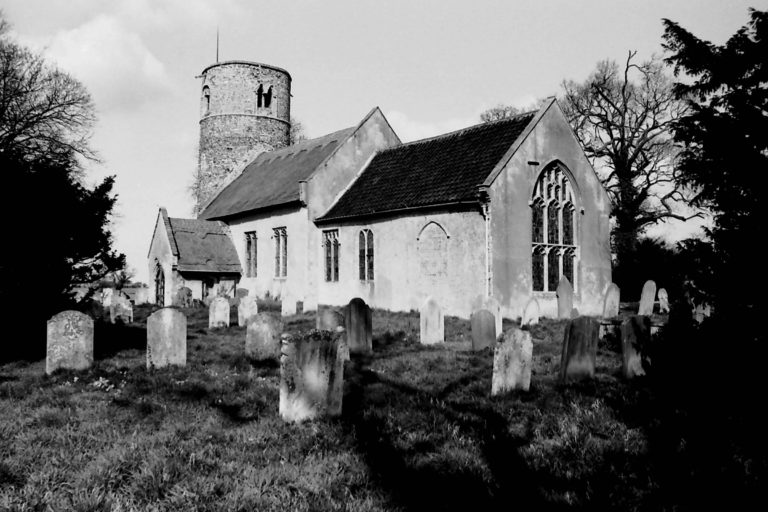 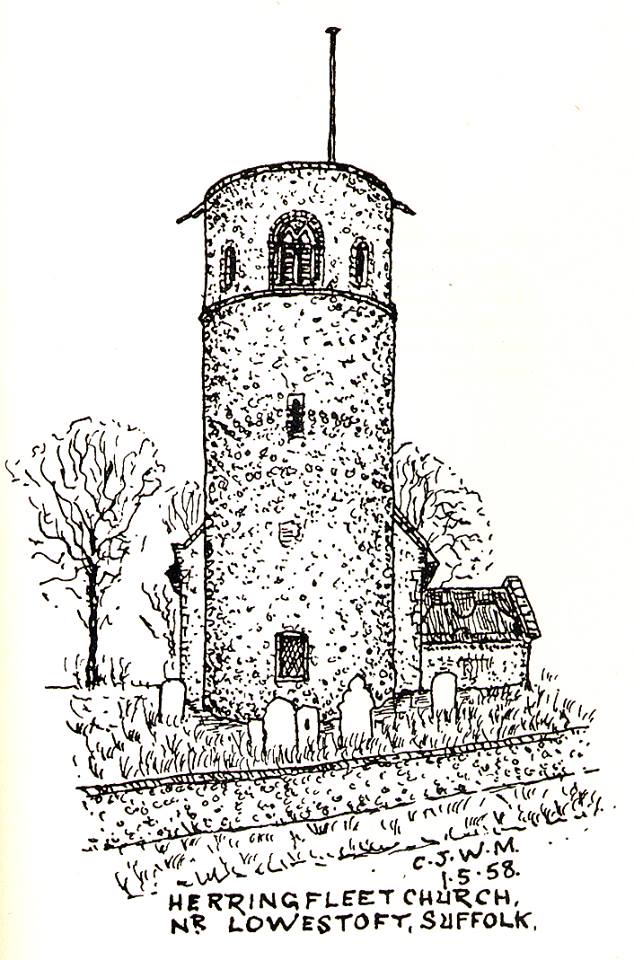 Claude Messent drawing of St Margaret on May 1, 1958. Copyright, RTCS.

Standing in open country, a little distant from neighbouring buildings, St Margaret’s church consists of a nave, chancel, round west tower and south porch. The nave and chancel are rendered but fortunately the tower has been spared this treatment except that the flintwork of the belfry stage has been so heavily pointed as to give the impression of rendering but a few flints show through.

Full report in archive, under Herringfleet.

Repairs have been completed at St Margaret’s and a service of re-dedication taken by Bishop Alan of Thetford was held on Wednesday, June 12, 2019.

The structures of the nave and porch of the church have both been quite extensively repaired and the roofs re-thatched. The Society made a grant of £4,000 towards the total cost of the repairs.

A new drainage system has been installed and the chancel re-rendered.  When the rendering on the nave was removed, it was decided not to replace it but have the flint wall re-pointed. Since this did not come under the scope of the Heritage Lottery Fund grant, it was funded with the help of the RTCS grant.

Inside the church has been rewired, with smart new ceiling spotlights and some “old style” wall lamps, and blissful under-pew heating fitted. One of the panels of stained glass on the east window has been repaired and re-installed within the grant funding, and another panel will be refurbished with the church’s own funds. The inside plaster has been re-done and the walls gleaming white making the church so much brighter and enhancing the colours of the windows.